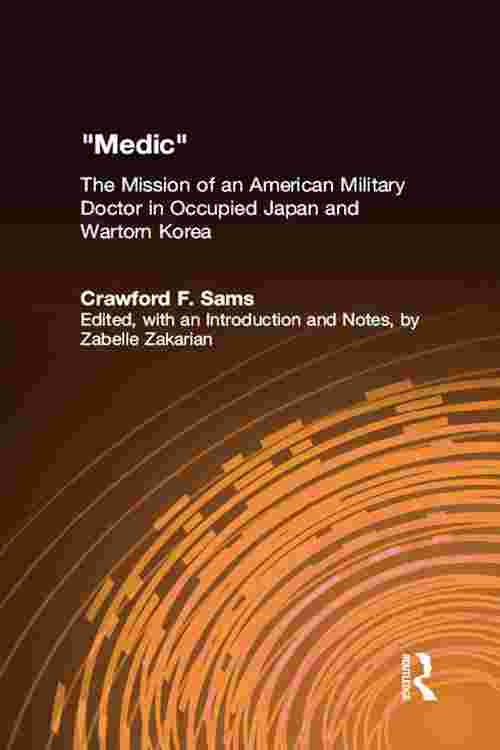 In the aftermath of the bombing of Hiroshima and Nagasaki, Crawford F. Sams led the most unprecedented and unsurpassed reforms in public health history, as chief of the Public Health and Welfare Section of the Supreme Commander of Allied Powers in East Asia. "Medic" is Sams's firsthand account of public health reforms in Japan during the occupation and their significance for the formation of a stable and democratic state in Asia after World War II. "Medic" also tells of the strenuous efforts to control disease among refugees and civilians during the Korean War, which had enormously high civilian casualties. Sams recounts the humanitarian, military, and ideological reasons for controlling disease during military operations in Korea, where he served, first, as a health and welfare adviser to the U.S. Military Command that occupied Korea south of the 38th parallel and, later, as the chief of Health and Welfare of the United Nations Command. In presenting a larger picture of the effects of disease on the course of military operations and in the aftermath of catastrophic bombings and depravation, Crawford Sams has left a written document that reveals the convictions and ideals that guided his generation of military leaders.