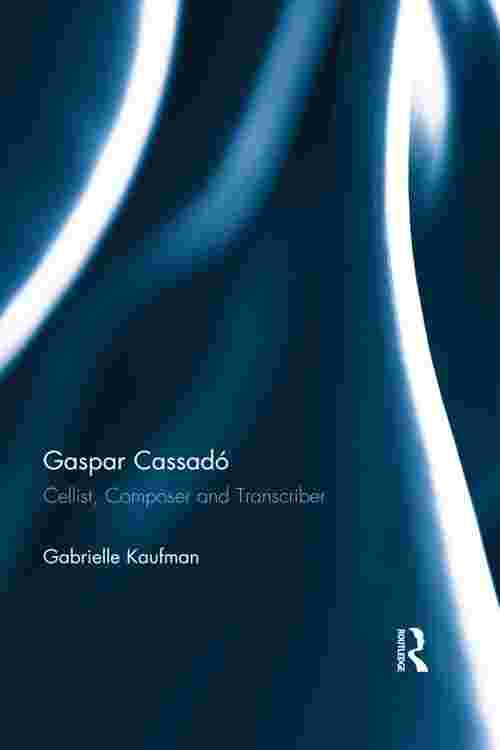 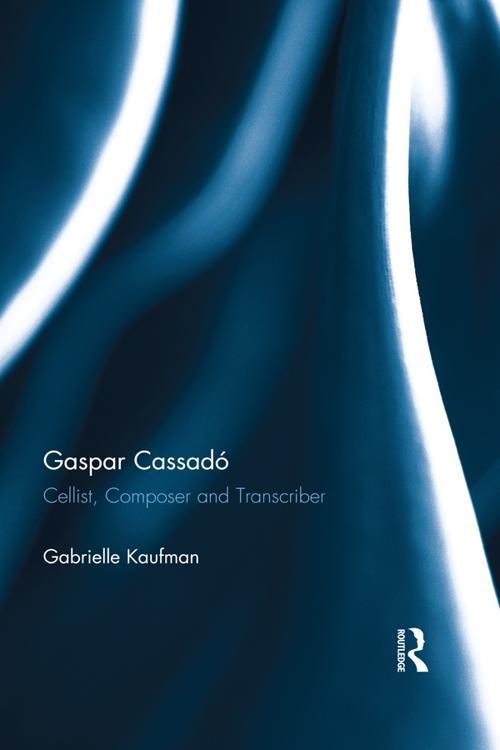 Barcelonian Gaspar Cassadó (1897-1966) was one of the greatest cello virtuosi of the twentieth century and a notable composer and arranger, leaving a vast and heterogeneous legacy. In this book, Gabrielle Kaufman provides the first full-length scholarly work dedicated to Cassadó, containing the results of seven years of research into his life and legacy, after following the cellist's steps through Spain, France, Italy and Japan. The study presents in-depth descriptions of the three main parts of Cassadó's creative output: composition, transcription and performance, especially focusing on Cassadó's plural and multi-facetted creativity, which is examined from both cultural and historical perspectives.

Cassadó's role within the evolution of twentieth-century cello performance is thoroughly examined, including a discussion regarding the musical and technical aspects of performing Cassadó's works, aimed directly at performers. The study presents the first attempt at a comprehensive catalogue of Cassadó's works, both original and transcribed, as well as his recordings, using a number of new archival sources and testimonies. In addition, the composer's significance within Spanish twentieth-century music is treated in detail through a number of case studies, sustained by examples from recovered score manuscripts.

Illuminated by extraordinary source material Gaspar Cassadó: Cellist, Composer and Transcriber expands and deepens our knowledge of this complex figure, and will be of crucial importance to students and scholars in the fields of Performance Practice and Spanish Music, as well as to professional cellists and advanced cello students.