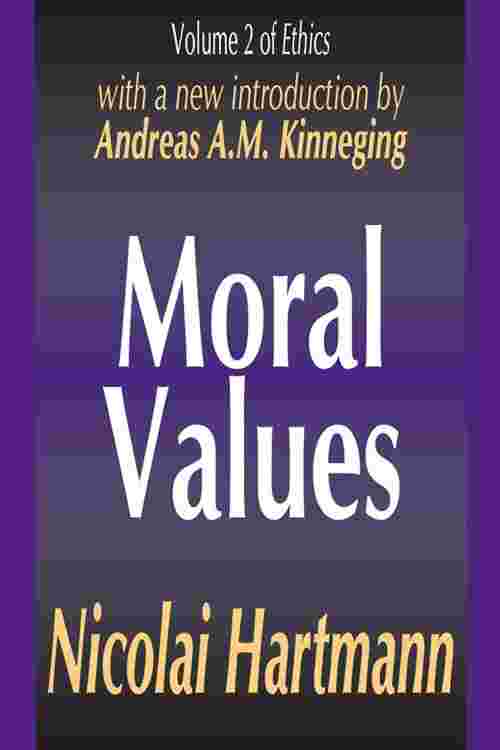 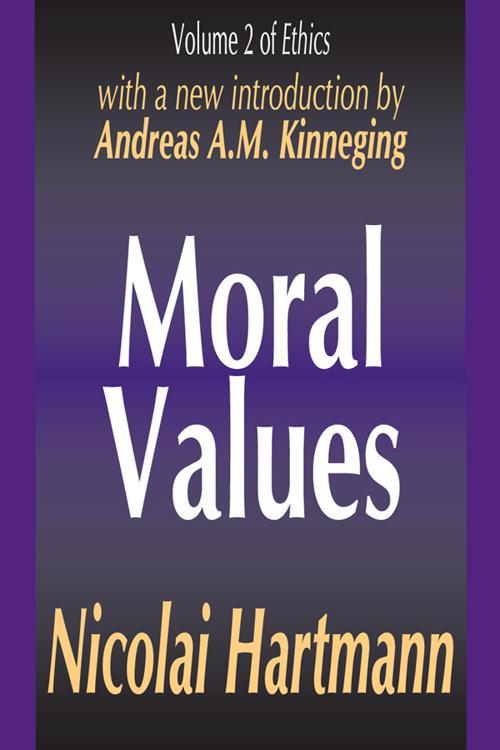 Nicolai Hartmann (1882-1950), along with Henri Bergson and Martin Heidegger, was instrumental in restoring metaphysics to the study of philosophy. Unlike his contemporaries, however, Hartmann was clearly influenced by Plato. His tour-de-force, Ethik, published in English in 1932 as Ethics, may be the most outstanding work on moral philosophy produced in the twentieth century.In the first part of Ethics (Moral Phenomena), Hartmann was concerned with the structure of ethical phenomena, and criticized utilitarianism, Kantianism, and relativism as misleading approaches. In the second part, Moral Values, the author describes all values as forming a complex and as yet imperfectly known system. The actualization of the non-moral and elementary moral values is a necessary condition for the actualization of the higher values. It is on this account that rudimentary values have a prior claim.Hartmann outlines the main features of the chief virtues, and shows that the moral disposition required in any exigency is always a specific synthesis of various and often conflicting values. Specifically describing fundamental moral values-such as goodness, nobility, and vitality-and special moral values-such as justice, wisdom, courage, self-control, trustworthiness, and modesty-Hartmann takes theoretical philosophy and brings it very much into the realm of the practical.A compelling and insightful volume, Moral Values remains an essential contribution to the moral and ethical literature of the twentieth century. Hartmann offers a self-contained system of ethics that yet offers a conservative outlook on social life.