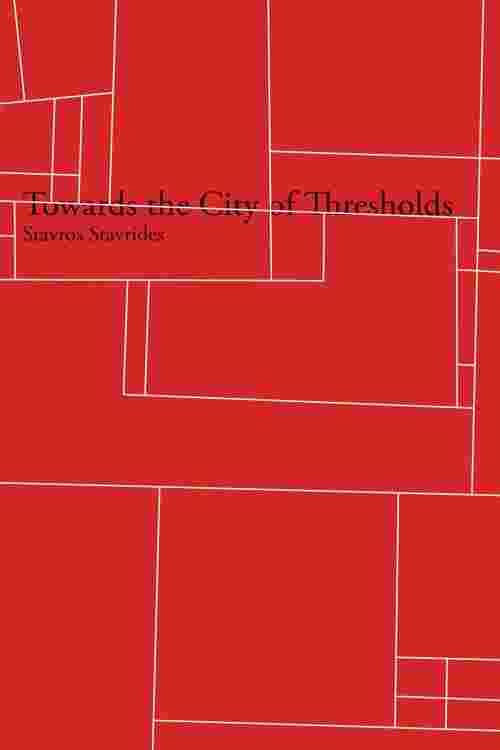 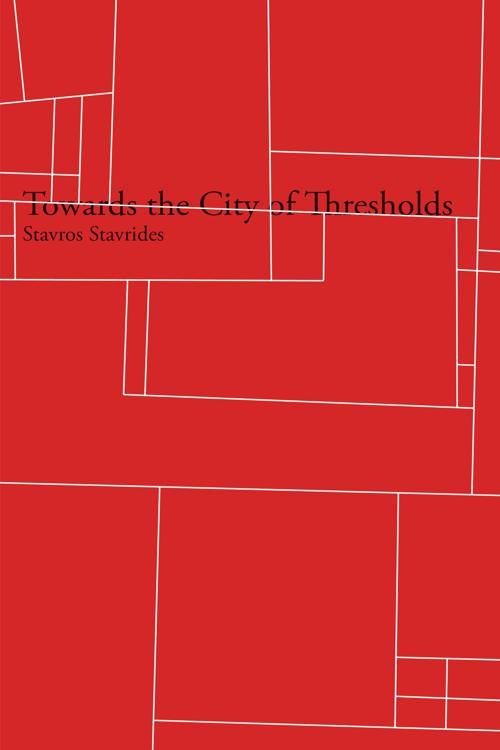 In recent years, urban uprisings, insurrections, riots, and occupations have been an expression of the rage and desperation of our time. So too have they expressed the joy of reclaiming collective life and a different way of composing a common world. At the root of these rebellious moments lies thresholds—the spaces to be crossed from cities of domination and exploitation to a common world of liberation.

Towards the City of Thresholds is a pioneering and ingenious study of these new forms of socialization and uses of space—self-managed and communal—that passionately revealscities as the sites of manifest social antagonism as well as spatialities of emancipation. Activist and architect Stavros Stavrides describes the powerful reinvention of politics and socialrelations stirring everywhere in our urban world and analyzes the theoretical underpinnings present in these metropolitan spaces and how they might be bridged to expand the commons.

What is the emancipatory potential of the city in a time of crisis? What thresholds must be crossed for us to realize this potential? To answer these questions, Stavrides drawspenetrating insight from the critical philosophies of Walter Benjamin, Michel Foucault, and Henri Lefebvre—among others—to challenge the despotism of the political and urban crises ofour times and reveal the heterotopias immanent within them.

Exemplary metropolitan rhythms and the city of enclaves

The idea that city-space does not simply contain social life but also expresses social values necessary for social reproduction is well documented in the social sciences. This idea underlies specific forms of social knowledge, for example, that of real estate vendors, municipal technocrats, advertising experts, and politicians.
The following questions can be useful in drawing a very different (or perhaps complementary) perspective: in what ways can the city-space express and support practices and values that are different or even opposite to the dominant ones? If space is formed by forces of reproduction can it also be formed by forces of resistance? What can we learn from spatialities in which social reproduction fails? Can we discuss how spatialities mold alternative cultural values? Are there spatialities in which new hybrid forms of public culture emerge?
To be able to search for such different spatialities, we must be able to locate practices that appear to secrete, express, or use spaces differently. We need to explore city-space by locating its dominant characteristics and its points of rupture. We must be able to establish where those characteristics are disputed, suspended or reversed.
The contemporary crisis of public space offers a useful starting point for our discussion. What is at stake here is not simply the actual or potential use of existing physical configurations but the ways space is created through practices of habitation and shared forms of projection (e.g., collective memories or dreams). Public space can be understood as a coordinated system of spatial distinctions that correspond to social distinctions (cf. Bourdieu 2000, 134). But we cannot effectively understand public space without observing social relations, and their political mediation, as produced and interpreted by social actors.
We need concepts for the ways public space is “performed” in everyday practices, ones that can reveal changes to spatial forms and in spatial practices. Those concepts must be suitable for capturing transformations in the public character of public space that leave no marks. How can we conceptualize temporary constructions, such as for instance the “red zones” defined as no-go areas in the exceptional circumstances of world leaders’ meetings, only to be removed shortly afterwards? These spatial transformations affect public space even when they seem to be absent. How can we discern their possible or actual mutations?
In order to answer these questions, we need to integrate time and public space: to make a new social-space time. This is not simply the empty time of clocks but the socially meaningful time of performed practices. In the ongoing transformation of metropolitan public space, red zones are conceptualized as constructions of this radically new social space-time. Through the performance of red zones, a new model of citizenship and governance is enacted.

The logic of red zones

When Pierre Bourdieu insists that there is a distinctive “logic of practice,” which is different from the logic we employ to interpret practice, he stresses the inherent temporality of every meaningful social action (Bourdieu 1977). Revealing the “fallacies of the rule” that tend to reduce practices to cause-and-effect relations, he shows how practices make use of time intervals. Practices, as series of interrelated acts, are defined by their tempo, by the way they unfold in time, and the ways they employ and simultaneously reproduce socially meaningful distances in time. Anthropologically, “making use of time” means understanding how rhythms of practices ensure a strengthening of human social relationships and how individual or collective performances can be based on differentiating variations of dominant rhythms. The return of a gift, for example, establishes a variable rhythm of reciprocity that can affect contestable power relations. Ritual acts can in general be considered as communal manipulations of social rhythms, despite the fact that these acts often appear focused on natural rhythms.
Rhythm seems a promising concept to connect a theory of practice with a meaningful performance of time and space. We can borrow this defining statement from Henri Lefebvre’s “rhythmanalysis” project: “Every rhythm implies a relation of a time with a space, a localized time, or if one wishes, a temporalized place” (Lefebvre 1996, 230). Metropolitan experience can be understood as differentiated practices of habitation performed in distinct rhythms.
How can we understand places in which collective decisions are being negotiated (ancient agoras, post-1789 National Assemblies, modern forums, etc.) without knowing the rhythms of the assemblies, the connection of social rhythms with production rhythms, the interdependencies of these rhythms, and so on?
Using the concept of rhythm, we can understand the qualities and characteristics of public space that are created through recurrent social practices. Rhythmicality is a way of understanding the present and the future as being punctuated by defining repetitions. Space becomes a socially meaningful artifact in the process of being “temporalized” through inhabitation rhythms.
If we follow Lefebvre, there are two forms of repetition that define two major types of rhythm: cyclical rhythms and linear rhythms. “Cyclical rhythms” can be considered as the ways through which recurrent natural phenomena appear to obey laws of rhythmical repetition. These laws make them predictable and therefore socially usable. Cyclical rhythms have “a determined frequency or period” (Lefebvre 1996, 231). There is a tendency to identify these rhythms with traditional societies where social life is organized and understood as repeating itself. Social rhythms follow the rhythms of the seasons and their corresponding productive duties.
In his famous distinction between cold and hot societies—the former lacking the idea of history and therefore enclosed in a constantly self-repeating universe—Claude Lévi-Strauss considers rituals “a machine for the destruction of time.” Alfred Gell is perhaps more accurate in noting that in such societies “it is not time that is destroyed, but its effects” (Gell 2001, 27). Cyclical rhythms use the experience of time in a way that coincides with the image a certain society has of itself. Cyclical rhythms produce social artifacts. The inhabitants of cyclical rhythms do not merely pay attention to the passage of time and its effects, but they give it specific social meaning by connecting the recurrence of social acts with specific forms of social reproduction.
“Linear rhythms,” according to Lefebvre, are “defined by consecutiveness and the reproduction of the same phenomena, identical or almost at more or less close intervals” (Lefebvre 1996, 231). In other words, “the linear is routine” (ibid., 222). Regulated work rhythms (mechanical as in hammer blows or bodily, as in rowing) appear as linear rhythms that can be extended infinitely.
In modern societies, a concept of time connected with historical conscience can be attributed to a linear conception of time. This time is “empty” and “homogeneous” (Benjamin 1992, 252) because what defines it is the linear rhythmicality through which time is measured. The everyday experience of time regulated by clocks and routinized in measured, repeated acts, can only have quantitative historical differences. With this framework, we can speak of an alleged “tempo of history” speeding up.
In modern societies, the myth of novelty is offered as a substitute to the experience of routines. Rhythmicality is banished as restraining and anonymous, whereas originality appears as the true mark of identity. Yet, imposed working and living routines are methodically regulated. Imposed order in time and space is half-concealed behind a well-calculated randomness. In its prototypical form, this condition resembles the structure of the advertising message: you are urged to buy something you know is produced in massive numbers, by being convinced that it was created “especially for you.” Your identity is supposedly verified and created through this act of buying.

The partitioned city and the “framing” of identities