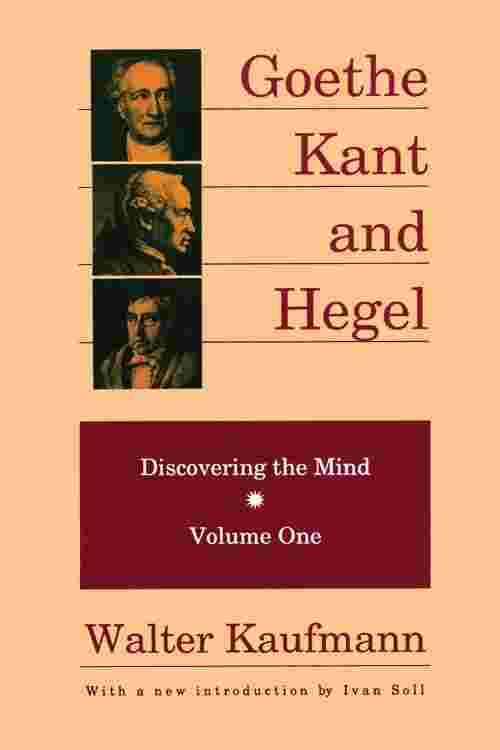 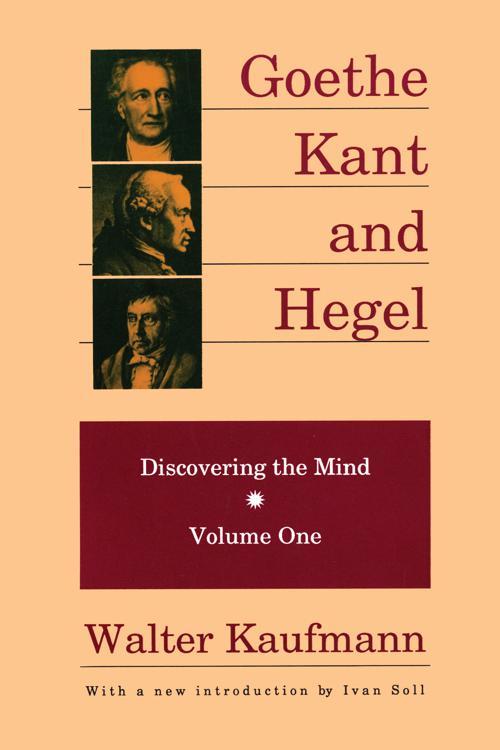 This immensely readable and absorbing book - the first of a three-volume series on understanding the human mind - concentrates on three major figures who have changed our image of human beings. Kaufmann drastically revises traditional conceptions of Goethe, Kant, and Hegel, showing how their ideas about the mind were shaped by their own distinctive mentalities.

Kaufmann's version of psychohistory stays clear of gossip and is carefully documented. He offers us a radically new understanding of two centuries of intellectual history, but his primary focus is on self-knowledge. He is in a unique position to perform this task by virtue of being, according to Stephen Spender, "the best translator of Faust"; and in Sidney Hook's view, "unquestionably the most interesting and informative writer of Hegel in English."

The foremost interpreter of Kant, Lewis White Beck, has called this book on Goethe, Kant, and.Hegel "fascinating" - a work which "will stir up a good many people by telling them things they have never heard, and providing an alternative to what is the accepted reading of that part of the history of philosophy. The story of how personality affects philosophy has never been better told." We are shown how Goethe advanced the discovery of the mind more than anyone before him, while Kant was in many ways a disaster. Hegel, like others between 1790 to 1990, tried to reconcile Kant and Goethe.

Kaufmann shows this is impossible He paints a large picture, but he is always highly specific and details the major contributions of Goethe and Hegel as well as the ways in which Kant's immense influence proved catastrophic.