[PDF] The Annual of Psychoanalysis, V. 20 by Jerome A. Winer | Perlego 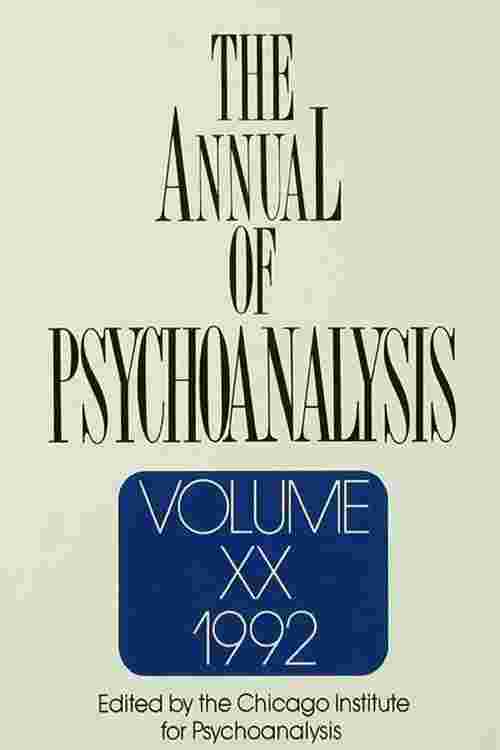 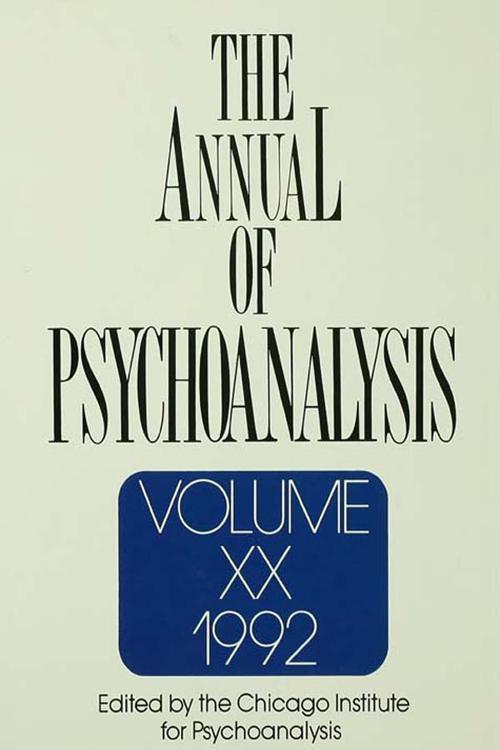 The Annual of Psychoanalysis, V. 20

The Annual of Psychoanalysis, V. 20

Volume 20 of The Annual of Psychoanalysis ably traverses the analytic canvas with sections on "Theoretical Studies, " "Clinical Studies, " "Applied Psychoanalysis, " and "Psychoanalysis and Philosophy." The first section begins with Arnold Modell's probing consideration of the paradoxical nature of the self, provocatively discussed with John Gedo. Modell focuses on the fact that the self is simultaneously public and private, dependent and autonomous. Alice Rosen Soref next explores innate motivation and self-protective regulatory processes from the standpoint of recent infancy research; her notion of a lifelong two-track model of self and relatedness helps establish a normative baseline that can anchor psychoanalytic theory. George Mahl makes an interesting contribution to Freud studies in the form of a new chronology of Freud's works and the number of pages they contain in the Standard Edition. The section ends with Robert Galatzer-Levy and Mayer Gruber's "quasi-experiment about disgust." They test and disconfirm the hypothesis that disgust is an affective response to an abstract sense of disorder rather than a transformation of a concrete, bodily experience by systematically exploring references to concepts of disgust in the Old Testament.

Section II, on "Clinical Studies, " opens with Henry Smith's fascinating elaboration of Freud's notion of "screen memories" into a theory of screening that denotes the general process by which mental content is organized. He illustrates his thesis by invoking the "screen language" employed by a patient throughout her analysis. Ernest Wolf next explores the tension between being a "scientist" and a "healer" in Freud and his followers to illuminate struggles within the psychoanalytic movement and to help account for current attitudes toward abstinence, neutrality, and gratification. Kenneth Newman focuses on this same triptych of technical precepts. He argues, in the spirit of Winnicott and Kohut, that analysts can only alter the hostile internal environments of their patients by becoming "usable" objects and cultivating an optimally responsive analytic environment.

Taken together, the four sections of Volume 20 of The Annual offer an exciting overview of contemporary psychoanalysis. Section I highlights recent trends in psychoanalytic theorizing and the testing of psychoanalytic propositions; Section II explores the relevance of new theoretical perspectives to clinical work; Section III demonstrates the applicability of these new perspectives to psychobiographical and literary analysis; and Section IV provocatively explores the points of connection between everyday ideas and attitudes and the tenets of psychoanalytic practice.