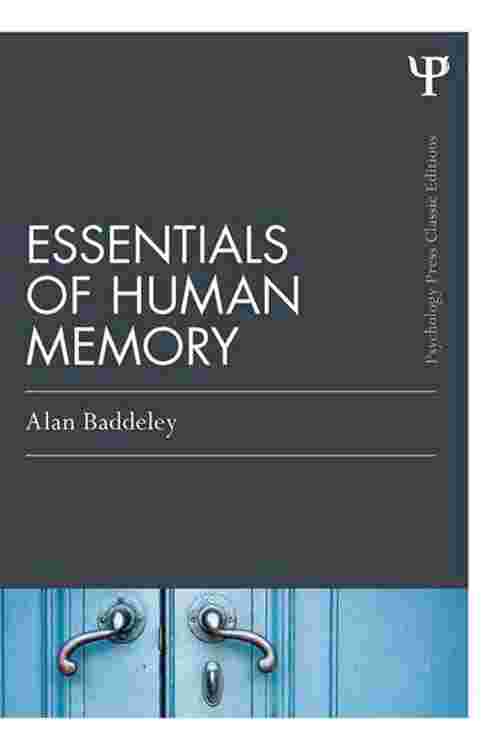 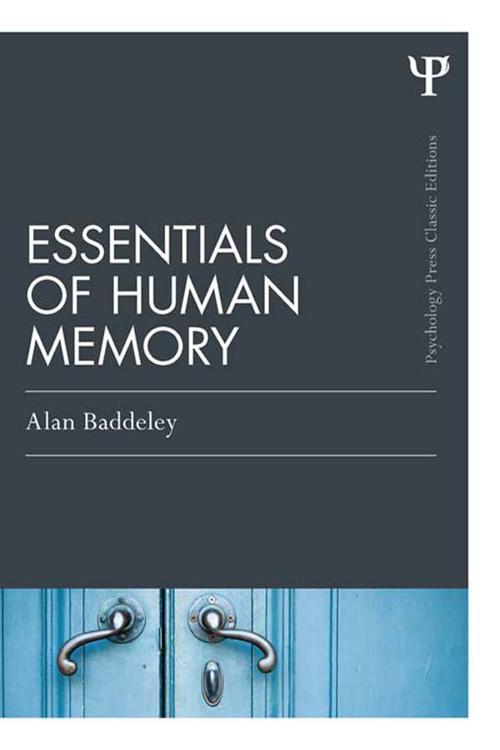 This Classic Edition of the best-selling textbook offers an in-depth overview of approaches to the study of memory. With empirical research from both the real world and the neuropsychological clinic, the book explains the fundamental workings of human memory in a clear and accessible style.This edition contains a new introduction and concluding chapter in which the author reflects on how the book is organized, and also on how the field of memory has developed since it was first published.

Essentials of Human Memory evolved from a belief that, although the amount we know about memory has increased enormously in recent years, it is still possible to explain it in a way that would be fully understood by the general reader.

After a broad overview of approaches to the study of memory, short-term and working memory are discussed, followed by learning, the role of organizing in remembering and factors influencing forgetting, including emotional variables and claims for the role of repression in what has become known as the false memory syndrome. The way in which knowledge of the world is stored is discussed next, followed by an account of the processes underlying retrieval, and their application to the practical issues of eyewitness testimony. The breakdown of memory in the amnesic syndrome is discussed next, followed by discussion of the way in which memory develops in children, and declines in the elderly. After a section concerned with mnemonic techniques and memory improvement, the book ends with an overview of recent developments in the field of human memory.

Written by the leading expert in human memory, recently awarded the British Psychological Society Research Board Lifetime Achievement Award, Essentials of Human Memory will be of interest to students of Cognitive Psychology, Neuropsychology, and anyone with an interest in the workings of memory.