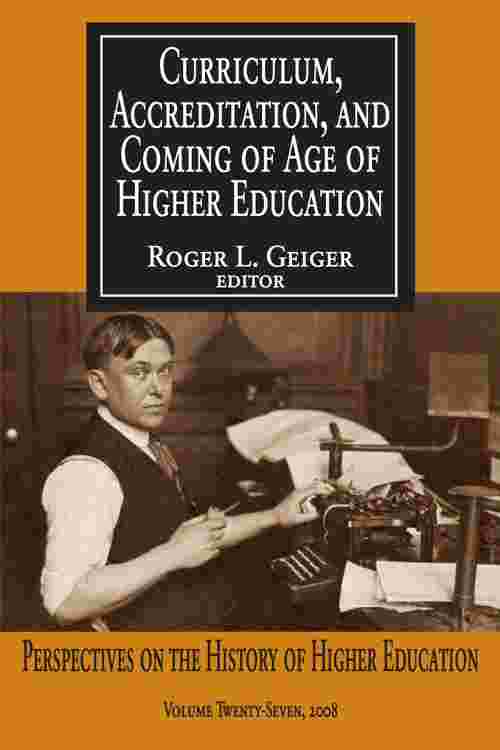 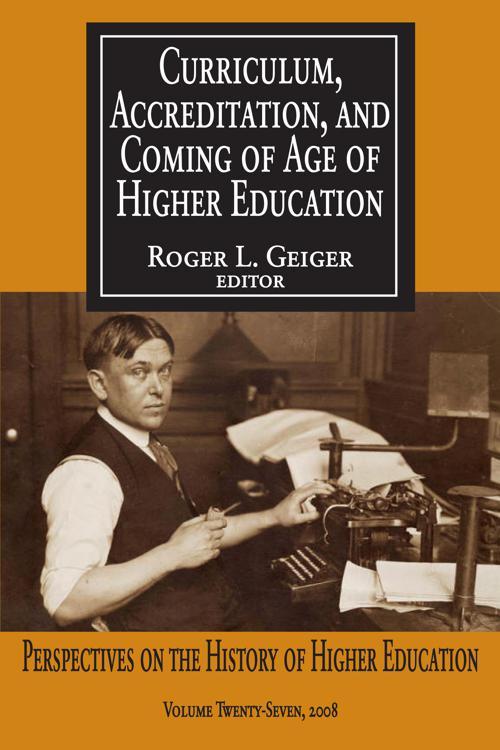 Curriculum, Accreditation and Coming of Age of Higher Education

Curriculum, Accreditation and Coming of Age of Higher Education

This latest volume in Roger Geiger's distinguished series on the history of higher education begins with a rare glimpse into the minds of mid-nineteenth century collegians. Timothy J. Williams mines the diaries of students at the University of North Carolina to unearth a not unexpected preoccupation with sex, but also a complex psychological context for those feelings. Marc A. VanOverbeke continues the topic in an essay shedding new light on a fundamental change ushering in the university era: the transition from high schools to college.The secularization of the curriculum is a fundamental feature of the emergence of the modern university. Katherine V. Sedgwick explores a distinctive manifestation by questioning why the curriculum of Bryn Mawr College did not refl ect the religious intentions of its Quaker founder and trustees. Secularization is examined more broadly by W. Bruce Leslie, who shows how denominational faith ceded its ascendancy to "Pan-Protestantism."Where does the record of contemporary events end and the study of history begin? A new collection of documents from World War II to the present invites Roger Geiger's refl ection on this question, as well as consideration of the most signifi cant trends of the postwar era. Educators chafi ng under current attacks on higher education may take solace or dismay from the essay "Shaping a Century of Criticism" in which Katherine Reynolds Chaddock and James M. Wallace explore H. L. Mencken's writings, which address enduring issues and debates on the meaning and means of American higher education.