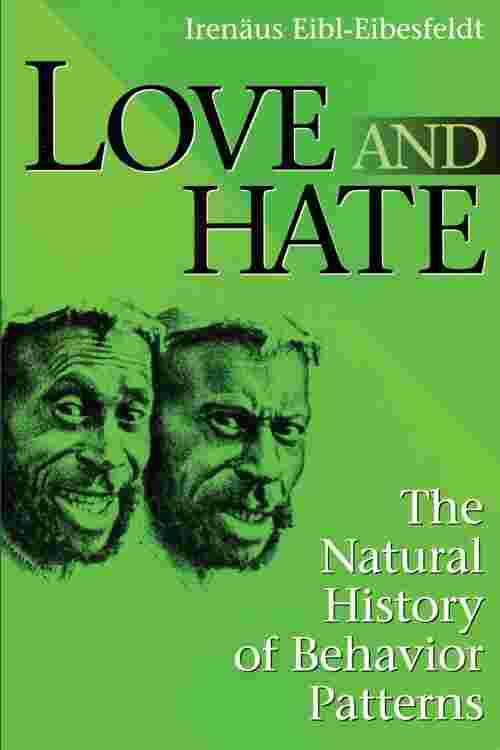 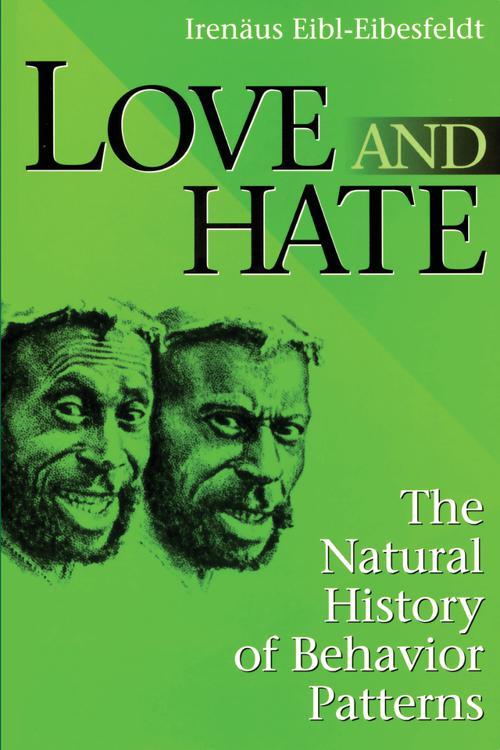 The author argues that there are specific turning points in evolution. Structures and behavioral patterns that evolved in the service of discrete functions sometimes allow for unforeseen new developments as a side effect. In retrospect, they have proven to be pre-adaptations, and serve as raw material for natural selection to work upon. Love and Hate was intended to complement Konrad Lorenz's book, On Aggression, by pointing out our motivations to provide nurturing, and thus to counteract and correct the widespread but one-sided opinion that biologists always present nature as bloody in tooth and claw and intra-specific aggression as the prime mover of evolution. This simplistic image is, nonetheless, still with us, all the more regrettably because it hampers discussion across scholarly disciplines. Eibl-Eibesfeldt argues that leaders in individualized groups are chosen for their pro-social abilities. Those who comfort group members in distress, who are able to intervene in quarrels and to protect group members who are attacked, those who share, those who, in brief, show abilities to nurture, are chosen by the others as leaders, rather than those who use their abilities in competitive ways. Of course, group leaders may need, beyond their pro-social competence, to be gifted as orators, war leaders, or healers. Issues of love and hate are social in origin and hence social in consequence. Life has emerged on this planet in a succession of new forms, from the simplest algae to man-man the one being who reflects upon this creation, who seeks to fashion it himself and who, in the process, may end by destroying it. It would indeed be grotesque if the question of the meaning of life were to be solved in this way. In language that is clear and accessible throughout, arguing forcefully for the innate and "preprogrammed" dispositions of behavior in higher vertebrates, including humans, Eibl-Eibesfeldt steers a middle course in discussing the development of cultural and ethical norms while insisting on their matrix of biological origins.