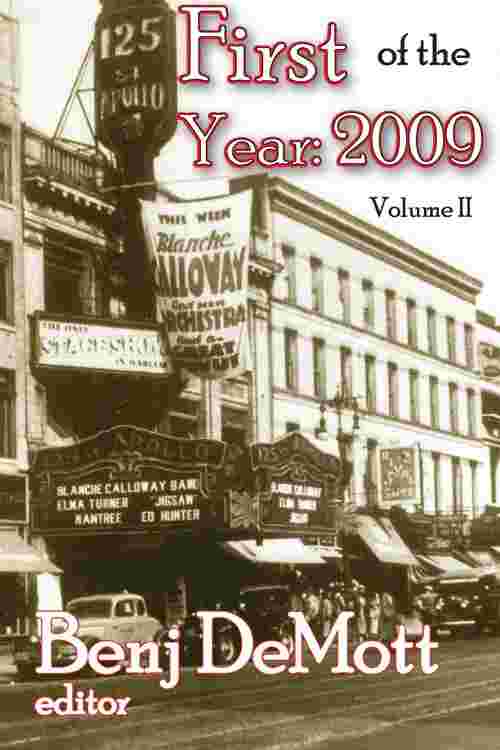 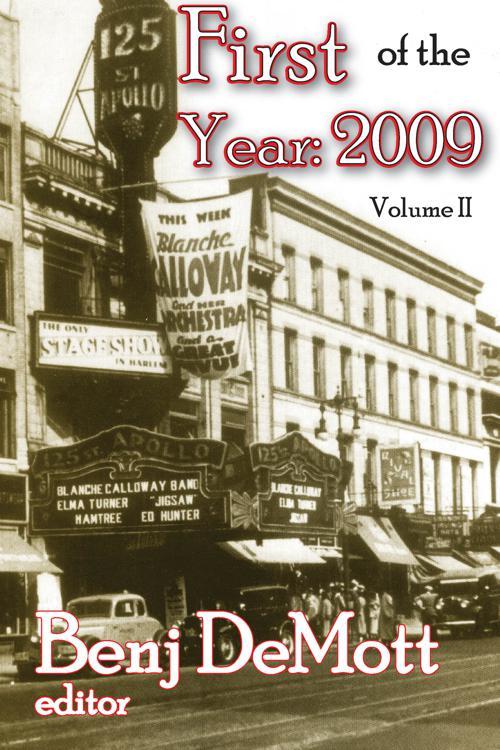 This is the second volume in the First of the Year Series. Contributors like Armond White, Philip Levine, Donna Gaines, Lawrence Goodwyn, Irving Louis Horowitz, Charles O'Brien, Fredric Smoler, Paul Berman, and Amiri Baraka are back (and blazing). And there are important new voices in the First mix, such as Vincent Harding, Roxane Johnson, and Bob Levin. If there is a leitmotif to this edition, it is the election and inauguration of Barack Obama as the first African-American president. First aims to be up to the minute of this moment.As Benj DeMott notes "a glance at this volume confirms the margin is still the center for us." And that margin stretches from Harlem to the world. There are tales of edgy sojourns in Afghanistan, Thailand, and South Africa. The volume also has a Question & Answer with Ousmane Sembi, who taught Africans to resist "elements of received culture-those fixed rules and values which nobody but those on the margins dare to question." A second interview with Adam Hochschild celebrates the Englishman who invented abolition, and an African-American original who coined the phrase "crimes against humanity."The volume includes a protest against the Israeli war machine by Uri Avnery who has long been a creative outsider in his own society. It makes the case that American ideologues (on both extremes) keep getting the Middle East wrong because they cannot grasp the complexities of any country, including their own. First of the Year's minority angles of vision will help readers see with new eyes. It will help their hearing too. The volume has plenty of music writing marked by loving attention to details of pop performances. In short, this collection reflects its editor; direct, unafraid, urban, and entirely contemporary.