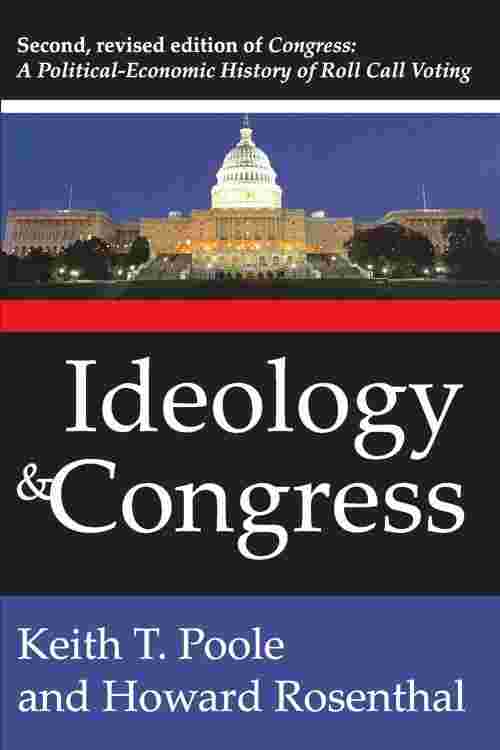 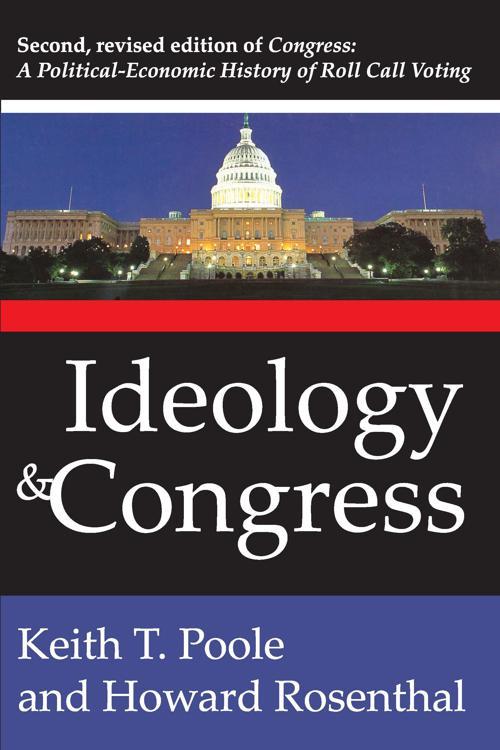 In Ideology and Congress, authors Poole and Rosenthal have analyzed over 13 million individual roll call votes spanning the two centuries since Congress began recording votes in 1789. By tracing the voting patterns of Congress throughout the country's history, the authors find that, despite a wide array of issues facing legislators, over 81 percent of their voting decisions can be attributed to a consistent ideological position ranging from ultraconservatism to ultraliberalism. In their classic 1997 volume, Congress: A Political Economic History of Roll Call Voting, roll call voting became the framework for a novel interpretation of important episodes in American political and economic history. Congress demonstrated that roll call voting has a very simple structure and that, for most of American history, roll call voting patterns have maintained a core stability based on two great issues: the extent of government regulation of, and intervention in, the economy; and race. In this new, paperback volume, the authors include nineteen years of additional data, bringing in the period from 1986 through 2004.