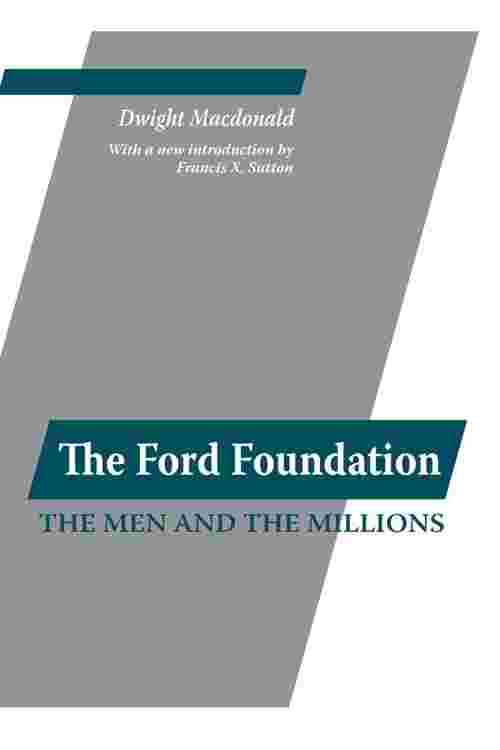 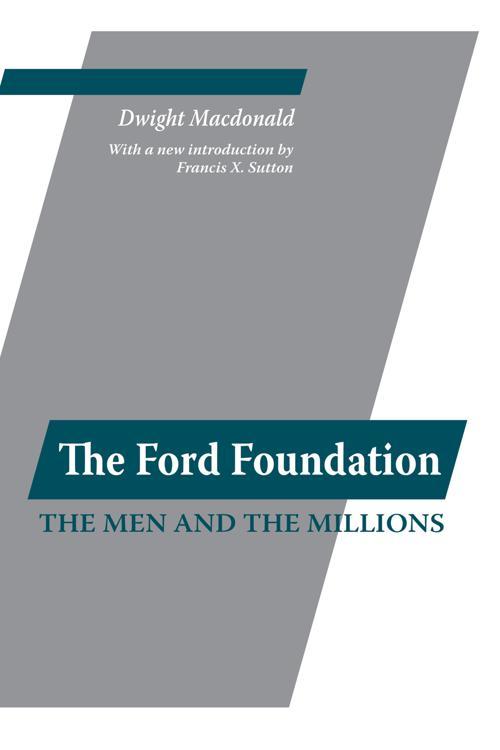 Thirty years since it was first published, Macdonald's masterful book on the Ford Foundation remains the only book-length account of this institution that has been published. Despite the calls for a book carrying on the story from 1956 on the part of Richard Magat and McGeorge Bundy, that book has yet to be written. In his stimulating introduction to this new edition, Francis Sutton suggests why this is so. The Foundation, he observes, has never again aroused as much public interest as it did in the years Macdonald's describes. The announcement that a new program would be launched with the riches that 90 percent of the Ford Motor Company's stock would bring captured the attention of the media all across the country. Its sheer size was astounding; in 1954 the Ford Foundation spent four times as much as the Rockefeller Foundation and ten times as much as the Carnegie Corporation. Its expenditures were very large in relation to the budgets of the institutions that looked to it for help. Consequently, the American public waited expectantly to see what this huge foundation would do. But the Ford Foundation was not only big; it was controversial in those years, and inspired activism in the media, Congressional investigations, and political wrath. Macdonald nicely captures the American ambivalence toward large bureacratic organizations, which the Ford Foundation epitomizes, with its own language and, one might argue, its own values. Sutton points out that Macdonald's writing also sets a model for foundation history and indeed philanthropic history, with a poised, ironic detachment that has remained rare. His introduction points out the main themes of Macdonald's book and examines the extent to which they continue to illumine the foundation in the years since this book was first published. It looks at how well the Foundation has addressed the objectives it set for itself, and nicely captures the giant changes that this giant foundation has experienced through the 1960s and 1970s, to the present day.