[PDF] Gonadal Hormones and Sex Differences in Behavior A Special Issue of developmental Neuropsychology by Sheri A. Berenbaum | Perlego 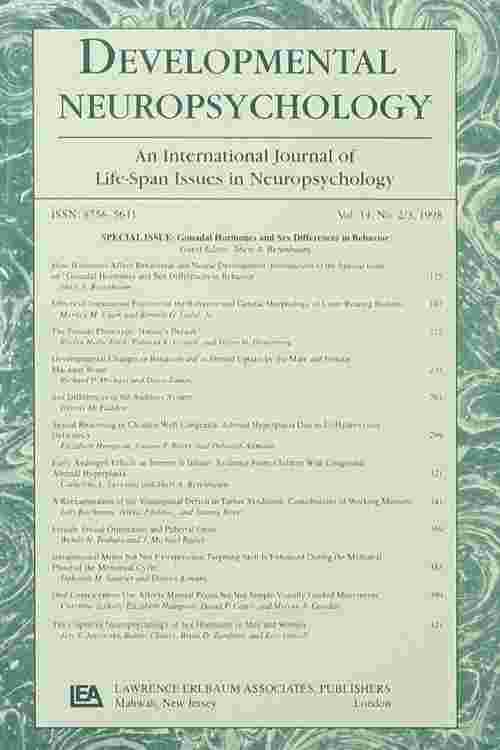 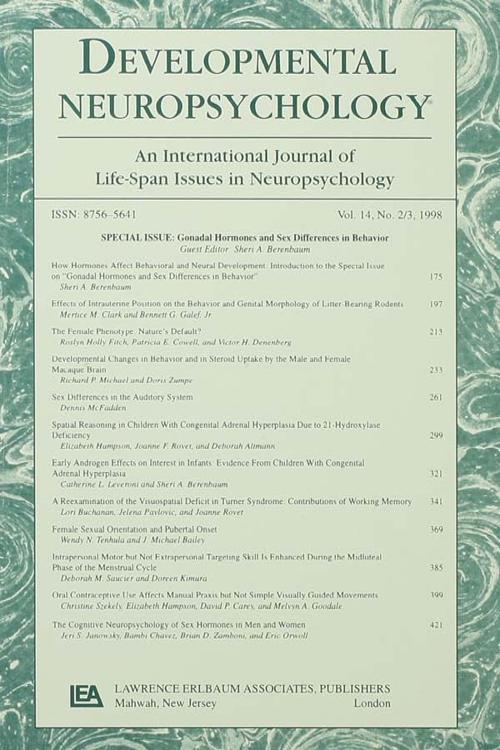 As the papers in this special issue demonstrate, gonadal hormones have powerful effects on the development of the brain and behavior in human beings, as in other species. Both androgens and estrogens affect behavior throughout development, from early prenatal life through adulthood, as demonstrated in studies with a variety of methods in several species. The articles also describe attempts to identify the mechanisms--neural and basic behavioral--that mediate hormonal effects on complex human behaviors. This issue testifies to the breadth and vitality of research into the ways that hormones affect the development of sex-typical behavior, and illustrates several important themes that have emerged in human psychoneuroendocrinology. First, it is now clear that hormones do affect human behavior, and the important questions relate to the mechanisms and details of hormone action. Second, there are many ways to study hormone effects on human behavior, and this issue describes these methods and their products. Third, traditional conceptions of hormone-behavior relations have generally stood the test of time, but recent developments have begun to reveal the complexity of these relations. Taken as a whole, the articles in this special issue are interesting and worthwhile reading in their own right, but they may also act to stimulate developmental neuropsychologists to consider hormones in their own studies.