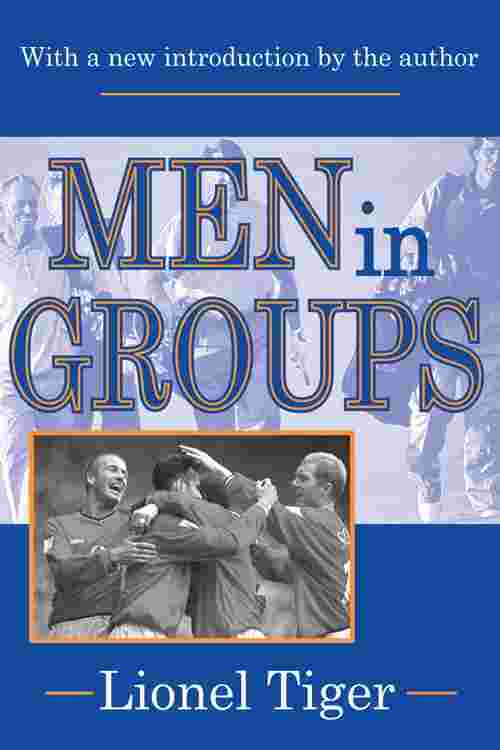 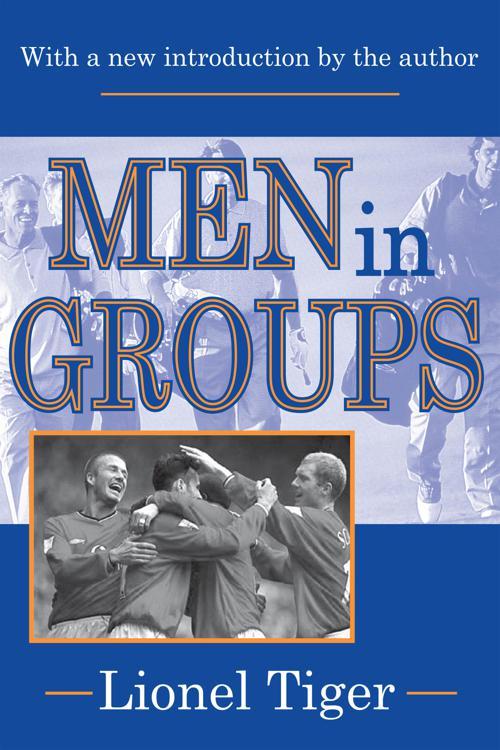 When Men in Groups was first published in l969, the New York Times daily critic titled his review "The Disturbing Rediscovery of the Obvious." What was so obvious was male bonding, a phrase that entered the language. The links between males in groups Tiger describes extend through many other primate species, through our evolution as hunters/gatherers, and cross-culturally.

Male bonding characterizes human groups as varied as the Vatican Council, the New York Yankees, the Elks and Masons the secret societies of Sierra Leone and Kenya.The power of Tiger's book is its identification of the powerful links between men and the impact of females and families on essentially male groups. While the world has changed much, the argument of the book and its new introduction by the author suggest that a species-specific pattern ofamale bonding continues to be part of the human default system. Perhaps one day concrete evidence of its location will emerge from the startling work on the human genome, just as the elaborate and consequential sex differences to which Men in Groups drew such pioneering attention have already become part of the common wisdom. Meanwhile, Men in Groups remains a measured andaresponsibleabut intrepid inspection of a major aspect of human social organization and personal behavior. The book was controversial when it first appeared, and often foolishly and unduly scorned. But it has remained a fundamental contribution to the emerging synthesis between the social and natural sciences.