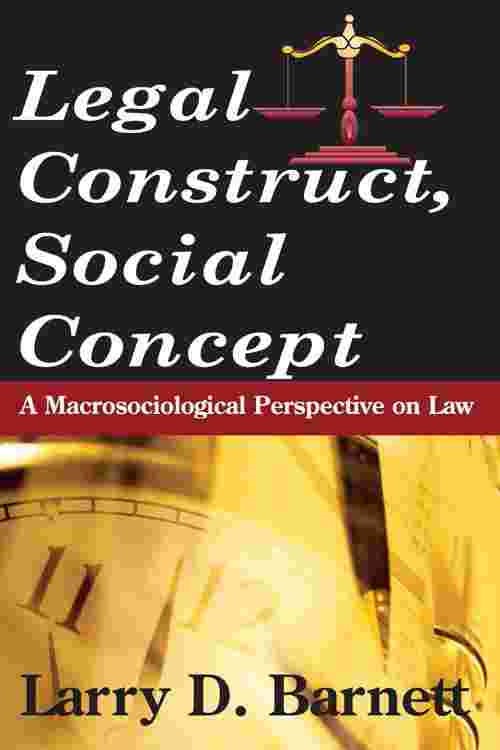 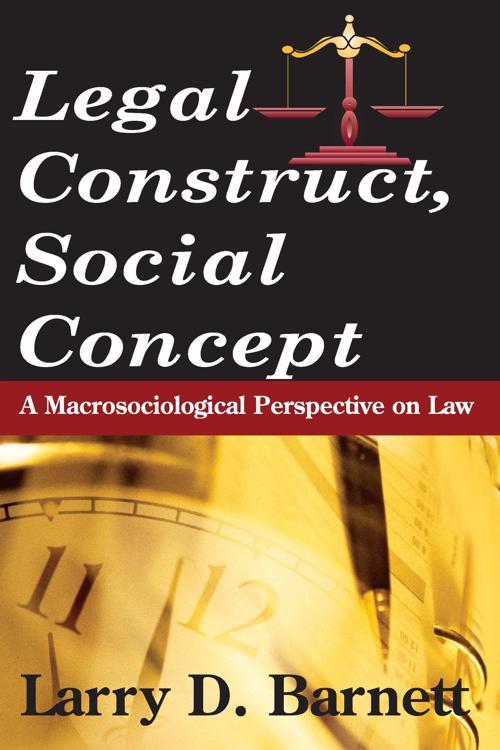 Based on sophisticated demographic analysis, Legal Construct, Social Concept argues that legal doctrine on social issues is shaped by the needs and values of society rather than by individuals and interest groups and that it evolves in response to social change but has little impact on that change. The book also explains why a substantial body of social science research has found that although law may be effective for some types of economic problems, its impact on social problems is generally small and of brief duration. At least in the United States, legal doctrine seems to operate primarily to provide symbols that enhance commitment to the social system and increase the cohesiveness of the system.

Barnett's approach to legal thought derives from the practices and assumptions of the social sciences, particularly sociology, and not from those of critical legal studies. His main concern is with social issues issues that substantively differ from economic issues. In addressing legal thought on social problems with the conceptual framework and quantitative techniques of macrosociology, he considers a topic that is infrequently investigated and employs an approach that is infrequently used.

To illustrate this thesis, Barnett presents data on social patterns relevant to three current issues: sex discrimination, age discrimination, and the availability of contraception and abortion. His analyses of these data are compared to constitutional philosophy, judicial rulings, and federal statutes. Barnett then turns from the evolution of legal doctrine in the past to its possible change in the future and considers whether active forms of euthanasia are likely to be legalized. He concludes with an exploration of additional issues for future research and theory.