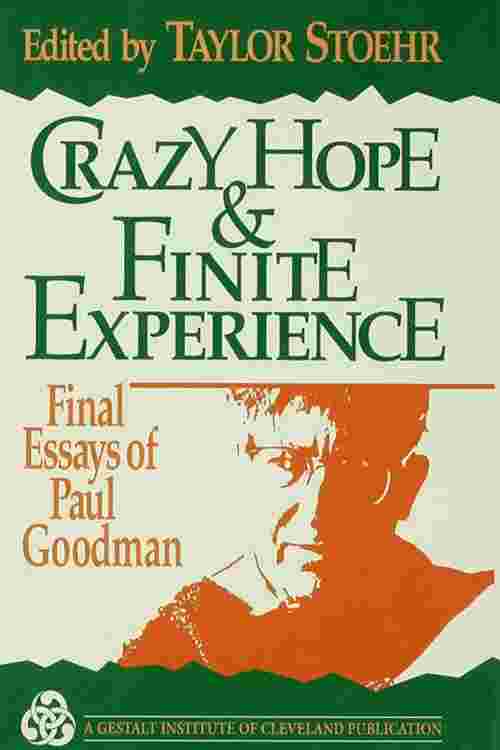 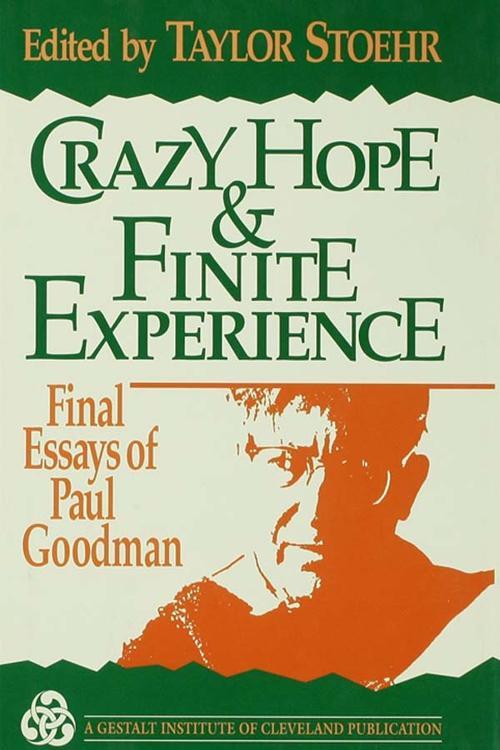 From the publication of Growing Up Absurd in 1960 until his death in 1972, Paul Goodman had the ear of the young radicals of the New Left, pouring forth books and articles on education, technology, decentralization, and of course, the war in Vietnam. Yet Goodman saw himself primarily as an artist rather than a political thinker or sociologist, and many of his books, even during the 1960s, were works of poetry, drama, and fiction. He had also practiced as a psychotherapist and joined with Frederick Perls and Ralph Hefferkine in producing a new synthesis in psychological thought, Gestalt therapy, which has since become an international movement. In an age of specialization, few writers have taken on so braod a range of concerns.

Crazy Hope and Finite Experience is the final summing up of the thought and life of a self-described "old-fashioned man of letters." This book brings together for the first time five personal essays, all written near the end of his life, in which Goodman discusses his sense of the world and how he was "in" it, his politics, his spiritual and religious attitude, his sexuality, and his calling as a literary artist.

For those already familiar with one or another aspect of his work, Goodman's self-assessment will provide new insight into the credo that underlies his whole career. For those learning about him for the first time, it offers a vivid sense of the man and his perspective. And for psychotherapists - especially Gestalt therapists - the book will fill in the picture of Goodman as a theorist whose work was crucial to the development of a new approach to therapy.