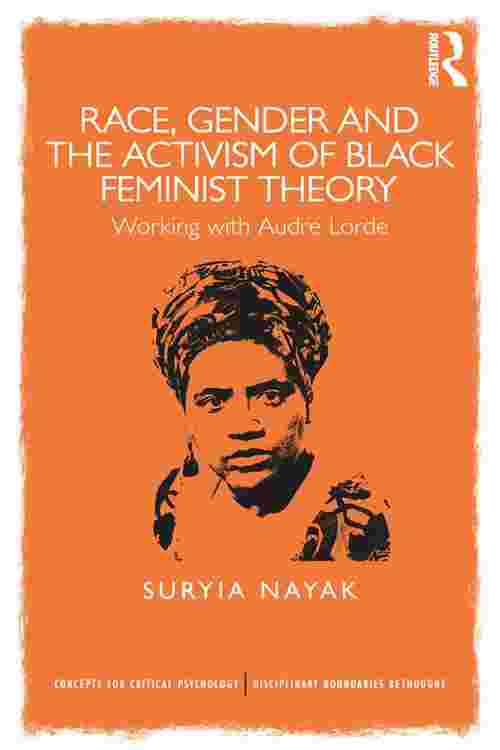 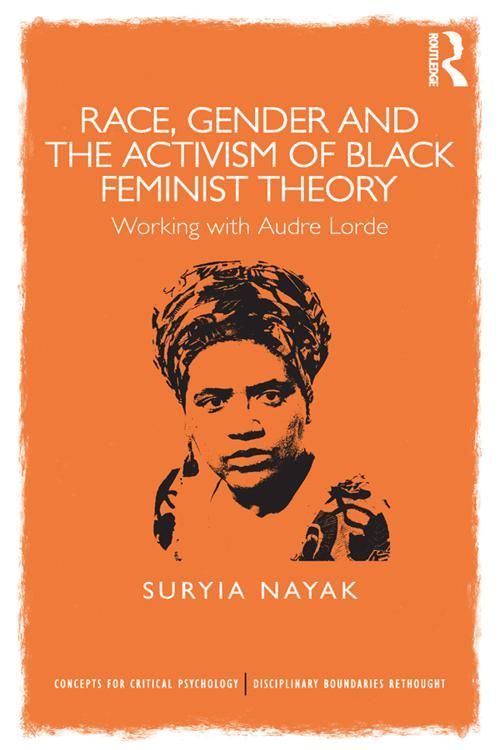 Beginning from the premise that psychology needs to be questioned, dismantled and new perspectives brought to the table in order to produce alternative solutions, this book takes an unusual transdisciplinary step into the activism of Black feminist theory. The author, Suryia Nayak, presents a close reading of Audre Lorde and other related scholars to demonstrate how the activism of Black feminist theory is concerned with issues central to radical critical thinking and practice, such as identity, alienation, trauma, loss, the position and constitution of individuals within relationships, the family, community and society.

Nayak reveals how Black feminist theory seeks to address issuesthat are also a core concern of critical psychology, including individualism, essentialism and normalization. Her work grapples with several issues at the heart of key contemporary debates concerning methodology, identity, difference, race and gender. Using a powerful line of argument, the book weaves these themes together to show how the activism of Black feminist theory in general, and the work of Audre Lorde in particular, can be used to effect social change in response to the damaging psychological impact of oppressive social constructions.

Race, Gender and the Activism of Black Feminist Theory will be of great interest to advanced students, researchers, political activist and practitioners in psychology, counselling, psychotherapy, mental health, social work and community development.

Publisher
Routledge
Year
2014
ISBN
9781134073221
Topic
Psychology
Subtopic
Social Psychology
Edition
1
This book invites readers to re-think disciplinary boundaries by orientating critical psychology to the activism of Black feminist theory and, in particular, to ask critical psychologists to consider the work of Audre Lorde. Lorde never identified herself as a critical psychologist, but she did identify herself as a ‘sister outsider’ who critically examined the notion of being an outsider positioned outside of that represented as legitimate. Lorde was concerned with the ways in which Black women’s psychology is constituted by and through the social contexts they inhabit. Lorde’s critical social theory of ‘outsider’ positions makes her an ideal candidate outside of critical psychology to participate in the critique of the psy-complex,1 and questions the borders that constitute contemporary critiques. In what could be described as one of the most detailed evaluations of Lorde’s contribution to Black feminist thought, Rudolph Byrd states that: ‘Lorde made … a new critical social theory that provides us with the grammar and vocabulary to describe and define difference and the complex nature of oppression’ (Byrd, 2009: 21).
There are times in this book when there is very little mention of the term ‘critical psychology’, and this is a challenge to the identity and constitution of critical psychology itself. However, this re-reading of Lorde is absolutely a sustained and rigorous critical analysis of the psychologization of Black women in terms of how social structures produce Black women and what Black women produce. The focus is on the ways in which racist, homophobic, patriarchal social structures create racist, homophobic, patriarchal psychic structures (Oliver, 2001: 34). Furthermore, it is about the production and function of borders.

The activism of Black feminist theory

The emphasis on the activism of Black feminist theory is because the process of surviving the daily trauma of being a Black woman in the context of a racist, homophobic patriarchy needs to be understood in the context of Black women’s lives. Lorde explains that:

… those of us who have been forged in the crucibles of difference – those of us who are poor, who are lesbians, who are Black, who are older – know that survival is not an academic skill.
(Lorde, 1979a: 112; emphasis in original)

The work of Lorde has been instrumental in providing ‘certain kinds of understanding, certain kinds of illumination, certain kinds of insights that are requisite if we are to act effectively’ (hooks & West, 1991: 34–5). Lorde has been positioned as outside of the discipline of critical psychology, and this book seeks to bring the translation and relevance of her work to current emancipatory approaches to practice and experience. In other words, the absence of the activism of Black feminist theory (including the work of Lorde) in critical psychology needs to be questioned. Derek Hook makes a similar point in relation to the relative absence of post-colonial thinking in critical psychology, and the issues and questions that Hook raises are relevant to the position of the activism of Black feminist theory. Speaking of writers such as Fanon, Biko and Bhabha, Hook states:

Each of these above sets of critical formulations provide powerful ways of thinking [about] the conjunction of the psychological and the political, the affective and the structural, the psychical and the governmental. We have as such a powerfully critical combination of registers that one would take to lie at the centre of critical psychology’s ostensibly critical concerns (Hayes, 1989; Hook, 2004). Why then have such post- or anti-colonial thinkers not featured more strongly in the conceptual resources of critical social psychology? How might their work, and their characteristic concerns – racism, colonial discourse, cultural dispossession, alterity, psychical mutilation, resistance, etc. – alert us to gaps in the growing orthodoxy of critical psychology? To approach the question from another direction: what might be said to be the ‘critical psychology’ of these theorists, and particularly of Frantz Fanon and Steve Biko? How might their use of the register of the psychological within the political and their concerns with the cultural dynamics of colonisation alert us to the possibilities of psychology as a vocabulary of resistance? Furthermore, what does each of these critics have to tell us about the crowning problematic of the colonial and postcolonial condition, namely that of racism, a phenomena that seems as political as it does psychical in nature?
(Hook, 2005: n.p.; refer to original source for details of citations within extract)

This book identifies and seeks to address the gap of the activism of Black feminist theory in the ‘growing orthodoxy of critical psychology’ not merely to fill the gap with something that is sorely missing, but to raise questions about the gap itself. Indeed, critical psychology should be alert to, and suspicious of, any orthodoxy (in any stage of its growth) because, otherwise, it will fall foul of the problematic doctrinal constructions and diagnostic categories that it seeks to contest (Henwood et al., 1998). In another direction, the ‘critical psychology’ of the activism of Black feminist theory, and particularly of Lorde, uses the register of the psychological within the political that provides a language, model and practice of resistance. It could be argued that this is actually the reason for the gap; one has to wonder why such vital registers, scholarship and examples of political activism are not explicitly named at the heart of critical psychology. Sara Ahmed takes up this issue in the following way:

I would argue that the question we need to ask is not, “should feminism use theory?”, as feminism (as with any other political discourse) always does use theory: it is always going to involve ways of ordering the world. For me, the question is rather: “is this theoretical framework explicit or not?” Feminism needs to make explicit its theoretical frameworks and it needs to do so precisely in order to re-conceptualise the relation between theory and practice.
(Ahmed, 1998: 18)

It could be argued that the constitution and impact of the teaching, debates, seminars, conferences and scholarship of critical psychology would be very different if they were built on an explicit foundation of the activism of Black feminist theory. Critical psychology would do well to remember that ‘[s]ocial theory in particular can serve to reproduce existing power relations or to foster social and economic justice’ (Collins, 1998: xi). The tools we use, why and how we use them, what we leave out and what we include, and the connections we make between tools, reflect power relations. The point is that any hope of meaningful alliances within and outside of critical psychology to combat the psychologization of Black women will fail if Black feminist interventions, wisdom and experience continue to be marginalized. Furthermore, they will fail if any element in those alliances replicates the unequal power relations at work in the psy-complex through hegemonic thinking and positioning in those alliances, thereby replicating the very problem they seek to address.

What is critical psychology?

The psychologization of Black women

Social theory is a body of knowledge and a set of institutional practices that actively grapple with the central questions facing a group of people in a specific political, social, and historic context. Instead of circulating exclusively as a body of decontextualized ideas among privileged intellectuals, social theory emerges from, is legitimated by, and reflects the concerns of actual groups of people in particular institutional settings. This definition creates space for all types of groups to participate in theorizing about social issues. Moreover, it suggests that differences in perspective about social issues will reflect differen...