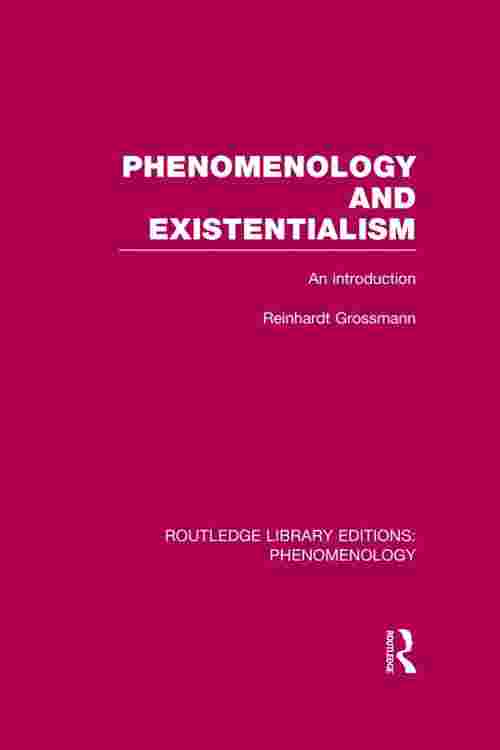 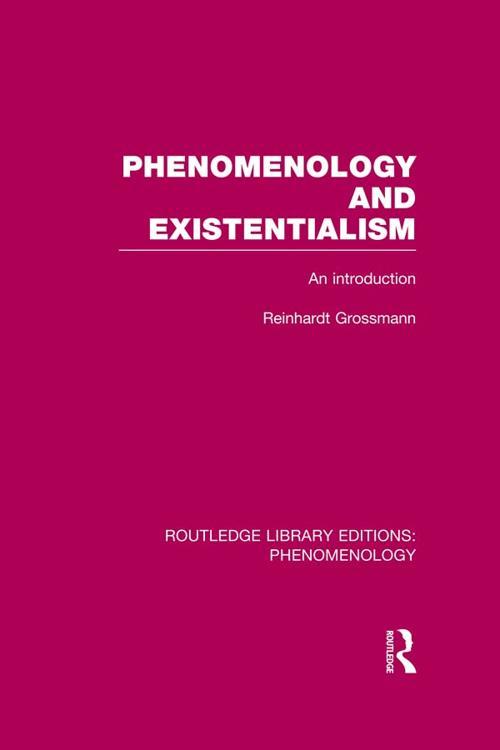 Professor Grossman's introduction to the revolutionary work of Husserl, Heidegger and Sartre studies the ideas of their predecessors too, explaining in detail Descartes's conception of the mind, Brentano's theory of intentionality, and Kierkegaard's emphasis on dread, while tracing the debate over existence and essence as far back as Aquinas and Aristotle.

For a full understanding of the existentialists and phenomenologists, we must also understand the problems that they were trying to solve. This book, originally published in 1984, presents clearly how the main concerns of phenomenology and existentialism grew out of tradition.