📖[PDF] Marxism and Modern Thought by N. I. Bukharin | Perlego 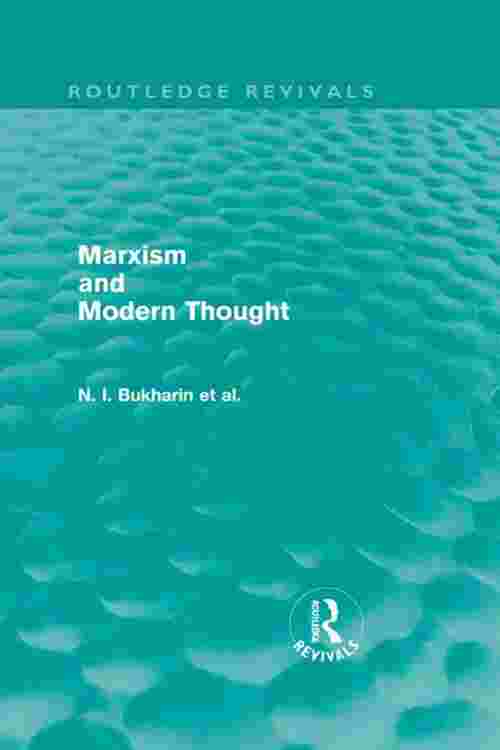 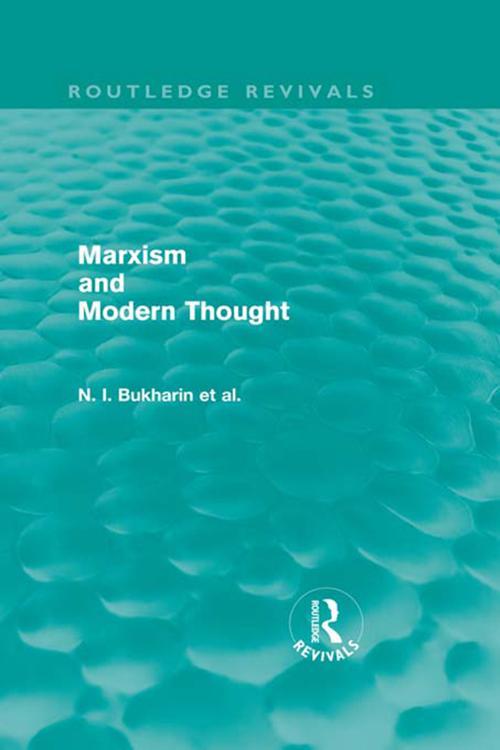 First published in English in 1935, this is a vital and stimulating critical appraisal of contemporary thought in the post-World War One era. Written by a selection of leading Marxist thinkers including Nikolai Bukharin, who would later become one of the most famous victims of Stalin's show trials, this work offers a Marxist critique of contemporary thought relating to philosophy, science and history.

The authors all lean towards the view that the general tendency of modern thought is to abandon the historical method and to deny progress, with the conclusion that Marxism was the only historical and progressive outlook in science, philosophy and history in the period following the First World War and the Communist revolution in Russia. A fascinating document of great historical and political interest which offers an invaluable insight into contemporary thought in the Soviet Union of the 1930s.