📖[PDF] The Texts of Othello and Shakespearean Revision by E. A. J. Honigmann | Perlego 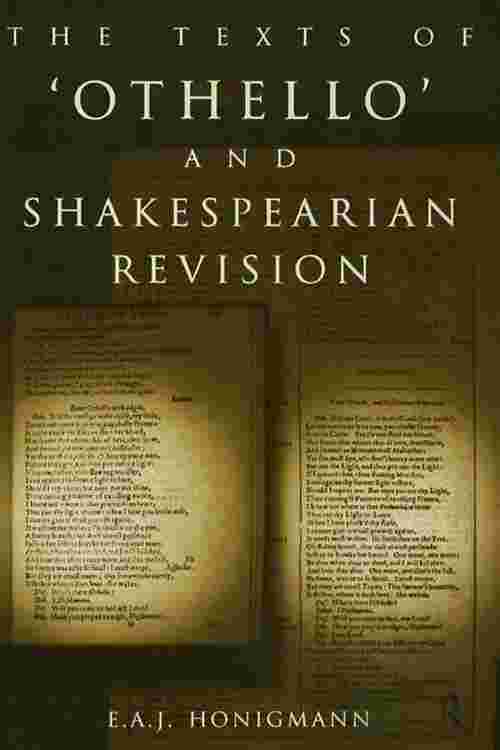 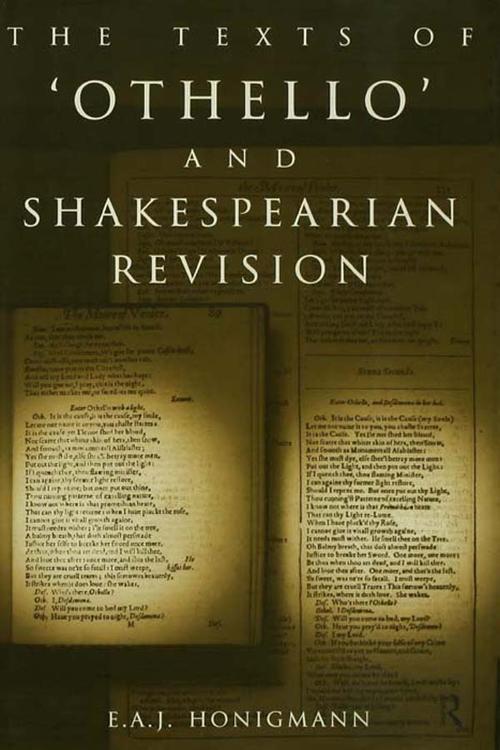 In a groundbreaking piece of scholarly detective work, Professor Honigmann - editor of the forthcoming Arden 3 edition of Othello - uncovers in more detail than any previous study the hidden history of the two early texts of Othello, the Quarto and the Folio. He traces the crucial role played by two men in transforming Shakespeare's almost illegible manuscript to print: Thomas Walkley, the publisher of the Quarto, and Ralph Crane, the scribe who prepared the printer's copy for the Folio.
Through careful analysis of particular passages Honigmann exposes the extent to which versions of Othello adopted by editors and widely regarded as fundamentally 'Shakespearean' were profoundly influenced by others than Shakespeare himself. Questioning time-honoured editorial procedures the findings of Texts of Othello have implications for many other of the plays of the Shakespeare canon, and more widely for questions of authorship and the doctrine of the 'better text'.