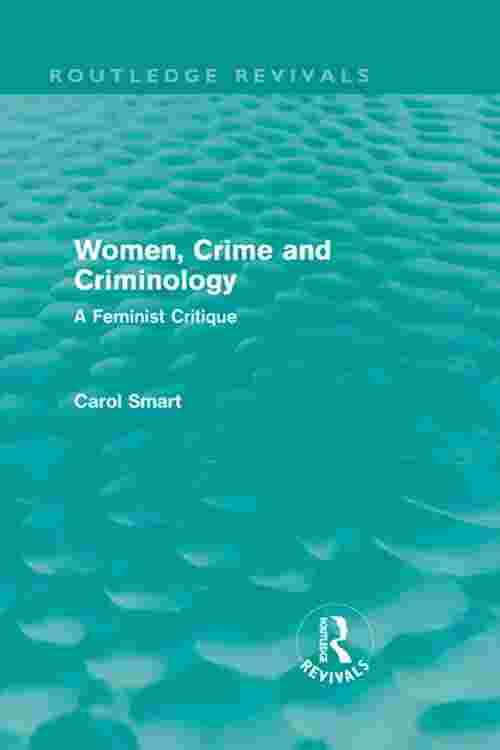 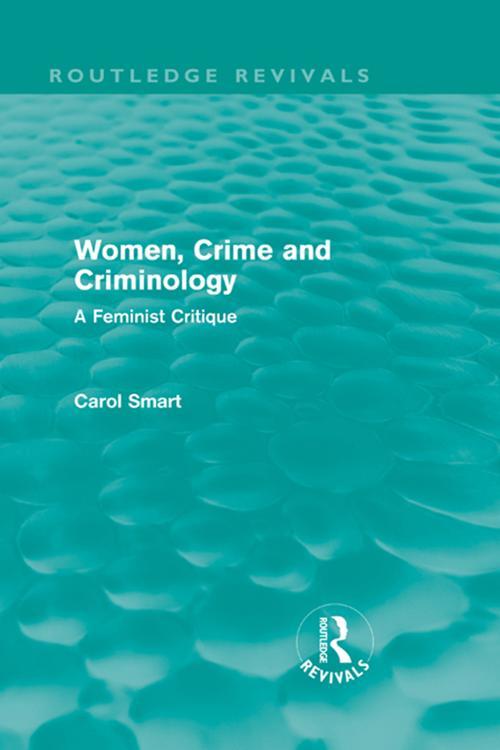 First published in 1977, Women, Crime and Criminology presents a feminist critique of classical and contemporary theories of female criminality. It addresses the issue that criminology literature has, throughout history, been predominantly male-oriented, always treating female criminality as marginal to the 'proper' study of crime in society. Carol Smart explores a new direction in criminology, and the sociology of deviance, by investigating female crime from a committed feminist position.

Examining the types of offences committed by female offenders, Smart points to the fallacies inherent in a reliance on official statistics and shows the deficiencies of the popular argument that female emancipation has caused an increase in female crime rates. She deals with studies of prostitution and rape and considers the treatment of women – as offenders and victims – by the criminal law, the police and courts, and the penal system. Particular attention is given to the question of lenient treatment for female offenders with the conclusion that women and girls are, in some important instances, actually discriminated against in our legal and penal systems. The relationship between female criminality and mental illness is discussed and the author concludes by dealing with some of the problems inherent in developing a feminist criminology.