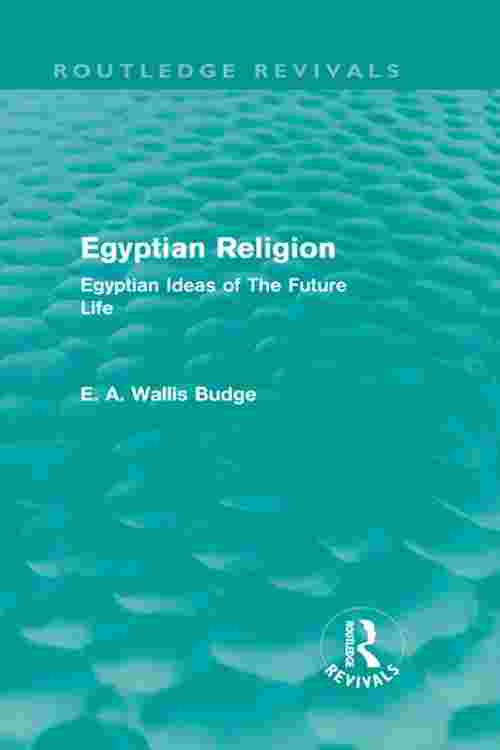 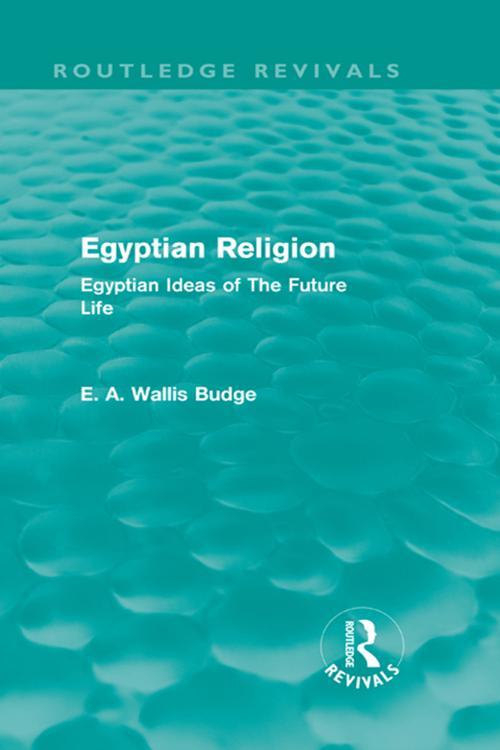 Sir E. A. Wallis Budge (1857-1934) was Keeper of the British Museum's department of oriental antiquities from 1894 until his retirement in 1924. Carrying out many missions to Egypt in search of ancient objects, Budge was hugely successful in collecting papyri, statues and other artefacts for the trustees of the British Museum: numbering into the thousands and of great cultural and historical significance. Budge published well over 100 monographs, which shaped the development of future scholarship and are still of great academic value today, dealing with subjects such as Egyptian religion, history and literature.

First published in 1899 as part of the Egypt and Chaldaea series, Egyptian Religion explores the principal ideas and beliefs held by the ancient Egyptians with regard to the doctrine of the resurrection and the future life. Although no systematic account dealing solely with this doctrine has been discovered, the Book of the Dead and various other religious texts from which this work is derived reflect ancient Egyptian beliefs, ideals and superstitions. Wallis Budge explores the Gods of the Egyptians and the themes of resurrection and immorality in a classic work, of great significance to students and scholars with an interest in ancient Egyptian and Middle Eastern history and religion.