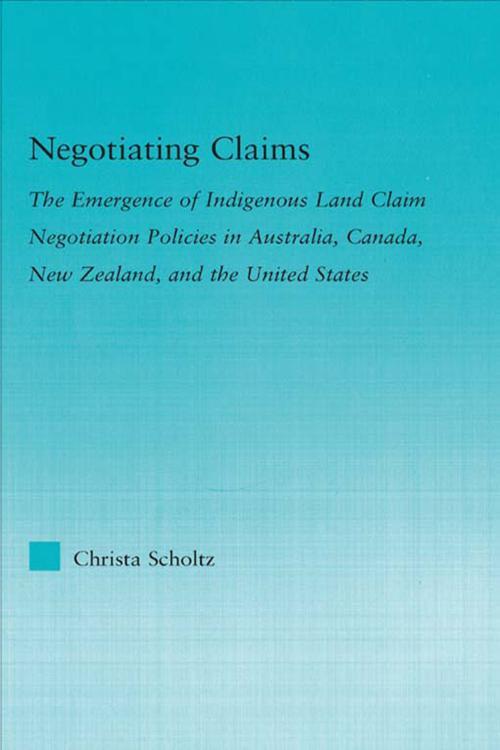 Why do governments choose to negotiate indigenous land claims rather than resolve claims through some other means? In this book Scholtzexplores why a government would choose to implement a negotiation policy, where it commits itself to a long-run strategy of negotiation over a number of claims and over a significant course of time.