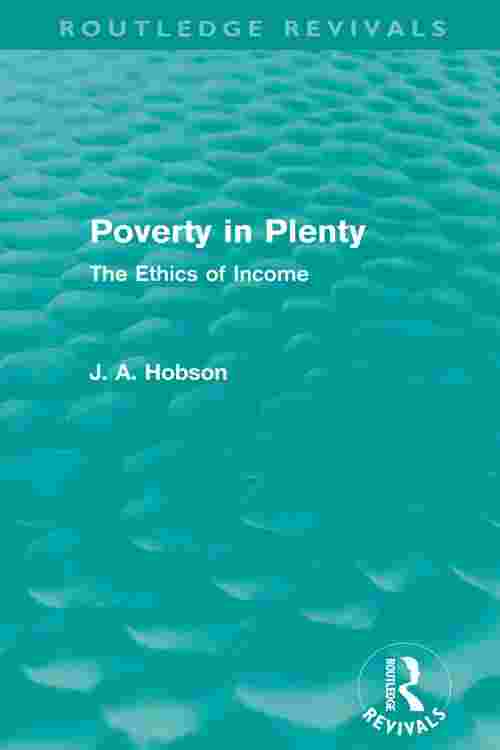 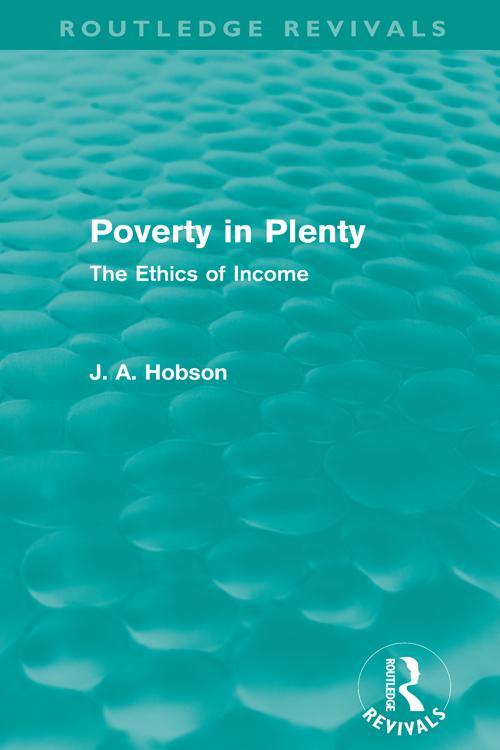 First published in 1931, this Routledge Revivals title reissues J.A Hobson's analysis of financial distribution in the early years of Twentieth Century Britain. The book focuses on the moral questions that he considered to be important in regard to the economic reforms that were necessary to secure the utilisation of modern productivity for the welfare of mankind. In this work, Hobson considers the wasteful working of the economic system, with its over-production, under-consumption and unemployment and states that these errors are due to the unfair way in which income is apportioned among the nations, classes and individuals that produce it. Poverty in Plenty argues for a conscious economic government inspired by a sense of justice and humanity. It makes suggestions towards the establishment of such a government and presents business prosperity as a problem of morals.