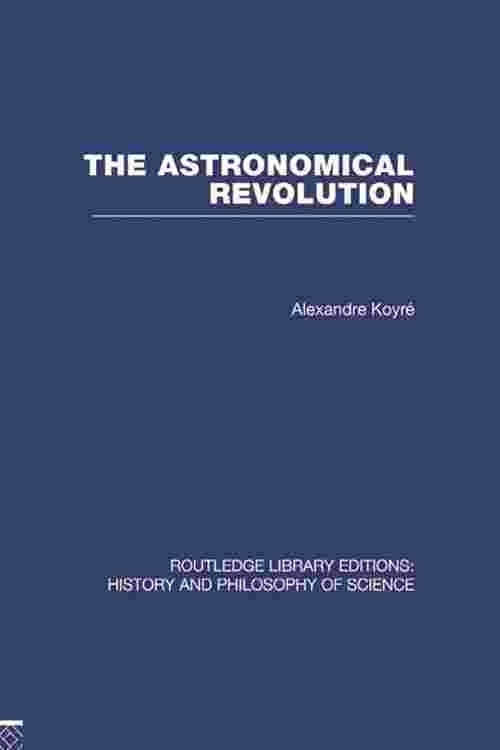 Originally published in English in 1973. This volume traces the development of the revolution which so drastically altered man's view of the universe in the sixteenth and seventeenth centuries. The "astronomical revolution" was accomplished in three stages, each linked with the work of one man. With Copernicus, the sun became the centre of the universe. With Kepler, celestial dynamics replaced the kinematics of circles and spheres used by Copernicus. With Borelli the unification of celestial and terrestrial physics was completed by abandonment of the circle in favour the straight line to infinity.