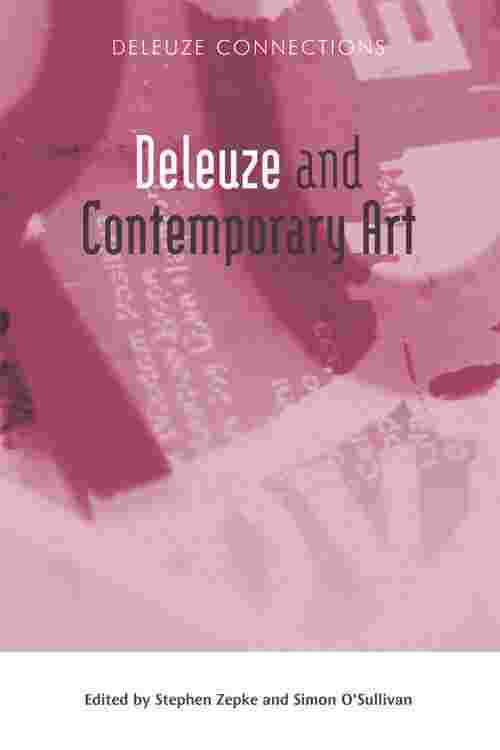 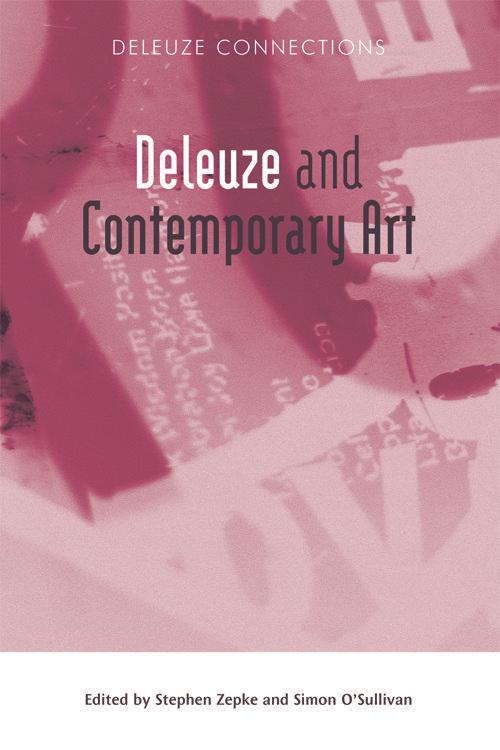 Michel Foucault once suggested that the twentieth-century would be known as 'Deleuzian'; certainly, in the field of contemporary art, this prediction appears to have been accurate. But what, we might ask, is at stake in this take up of Deleuze and Guattari's thought? What are its limits and its possibilities? Deleuze and Contemporary Art addresses these questions in presenting a series of experimental and explorative inflections on the 'and' of the book's title.From those who explicitly address the political and the expanded 'aesthetic paradigm' of art practice today, to those more concerned with specific scenes and encounters or who rethink the question of technology in relation to art, this collection contains work at the cutting edge of this new area of enquiry. Containing essays by philosophers and artists, as well as writers from outside the Anglo-American world, this collection is an exercise in transversality - an intervention into the field of Deleuze and Guattari Studies and contemporary art.Contributors include Gustavo Chirolla Ospina, Suely Rolnik, Gerald Raunig, Stephen Zepke, Eric Alliez, Maurizio Lazzarato, Jussi Parikka, Johnny Golding, David Burrows, Robert Garnett, Simon O'Sullivan, Edgar Schmitz, Claudia Mongini, Elisabeth von Samsonow, Barbara Bolt, Neil Chapman and Ola Stahl.Stephen Zepke is an independent researcher. Simon O'Sullivan is a Senior Lecturer in Visual Cultures at Goldsmiths, University of London. They co-edited Deleuze, Guattari and the Production of the New (2008).