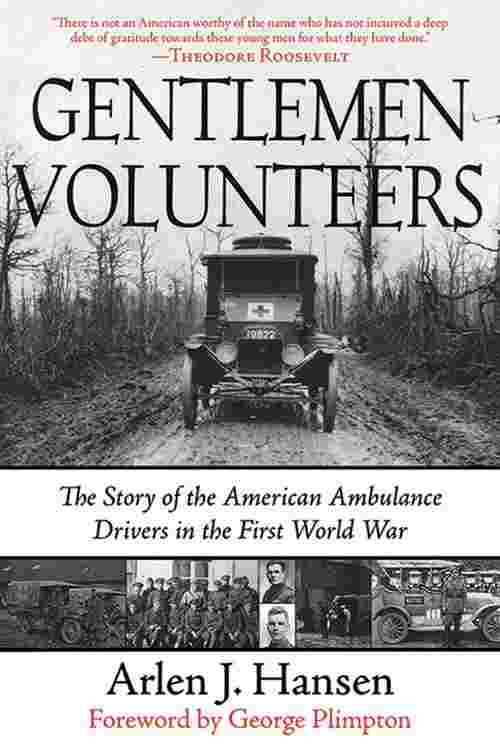 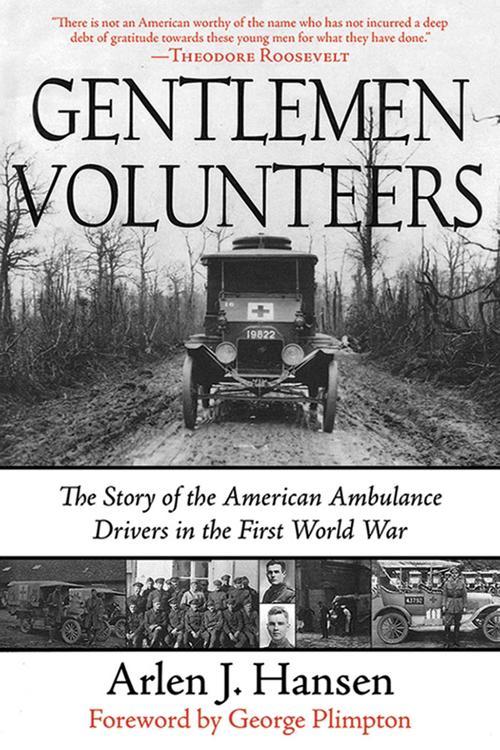 They left Harvard, Yale, Princeton, Michigan, and Stanford to drive ambulances on the French front, and on the killing fields of World War I they learned that war was no place for gentlemen. The tale of the American volunteer ambulance drivers of the First World War is one of gallantry amid gore; manners amid madness. Arlen J. Hansen’s Gentlemen Volunteers brings to life the entire story of the men—and women—who formed the first ambulance corps, and who went on to redefine American culture. Some were to become legends—Ernest Hemingway, e. e. cummings, Malcolm Cowley, and Walt Disney—but all were part of a generation seeking something greater and grander than what they could find at home.The war in France beckoned them, promising glory, romance, and escape. Between 1914 and 1917 (when the United States officially entered the war), they volunteered by the thousands, abandoning college campuses and prep schools across the nation and leaving behind an America determined not to be drawn into a "European war.” What the volunteers found in France was carnage on an unprecedented scale. Here is a spellbinding account of a remarkable time; the legacy of the ambulance drivers of WWI endures to this day.