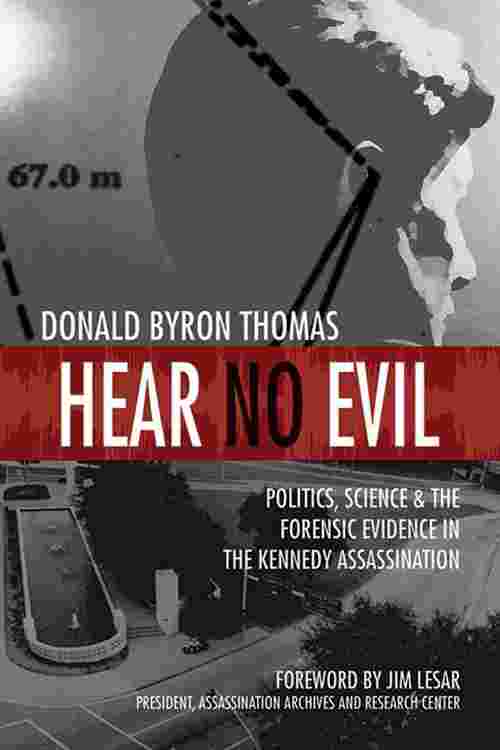 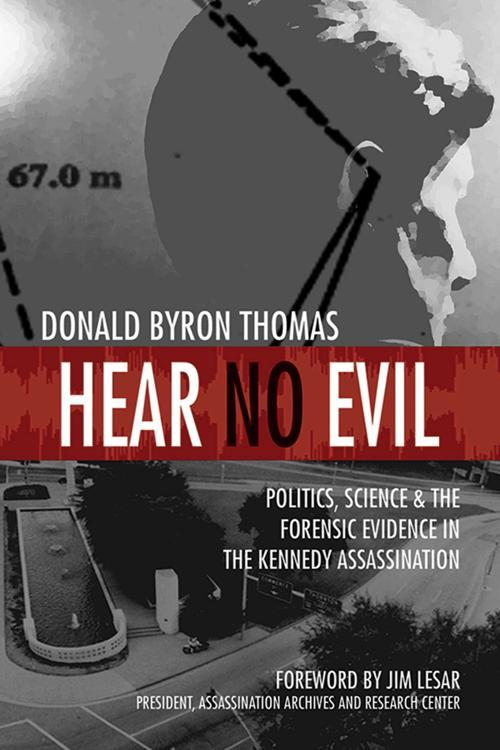 Did a shot from the “grassy knoll” kill President Kennedy? If so, was Oswald part of a conspiracy or an innocent patsy? Why have scientific experts who examined the evidence failed to put such questions to rest? In 2001, scientist Dr. Donald Byron Thomas published a peer-reviewed article that revived the debate over the finding by the House Select Committee on Assassinations that there had indeed been a shot from the grassy knoll, caught on a police dictabelt recording. The Washington Post said, “The House Assassinations Committee may well have been right after all.”In Hear No Evil, Thomas explains the acoustics evidence in detail, placing it in the context of an analysis of all the scientific evidence in the Kennedy assassination. Revering no sacred cows, he demolishes myths promulgated by both Warren Commission adherents and conspiracy advocates, and presents a novel and compelling reinterpretation of the “single bullet theory.” More than a scientific tome, Hear No Evil is a searing indictment of the government’s handpicked experts, who failed the public trust to be fair and impartial arbiters of the evidence.