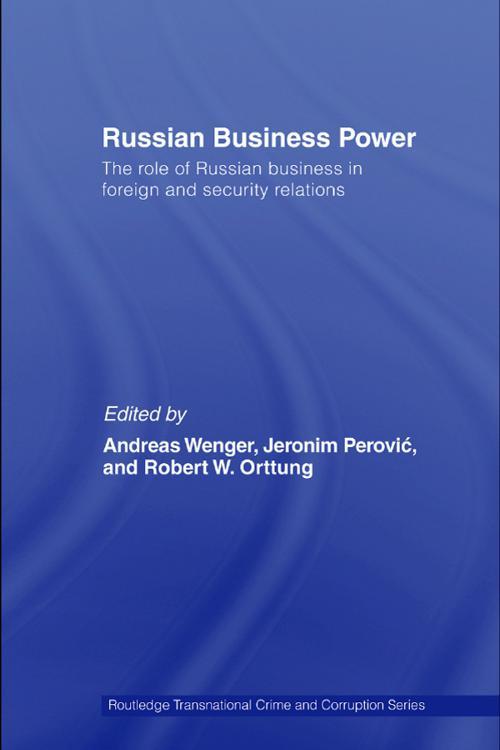 Since the collapse of the Soviet Union, Russia has developed a powerful business community and a potent network of transnational organized groups.

Russian Business Power explores the powerful impact these new actors are having on the evolution of the Russian state and its foreign behaviour. Unlike other books, which focus either on Russia's foreign and security policy, or on the evolution of Russian business, legal and illegal, within the context of Russia's domestic transition, this book considers how far Russia's foreign and security policy is shaped by business. It considers a wide range of issues, including energy, the arms trade, international drug flows, and human trafficking, and examines the impact of Russian business in Russia's dealings with Western and Eastern Europe, the Caspian, the Caucasus and the Far East.