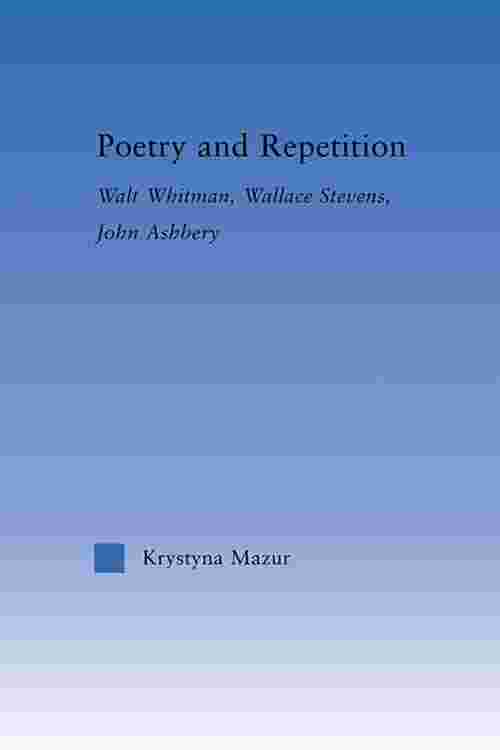 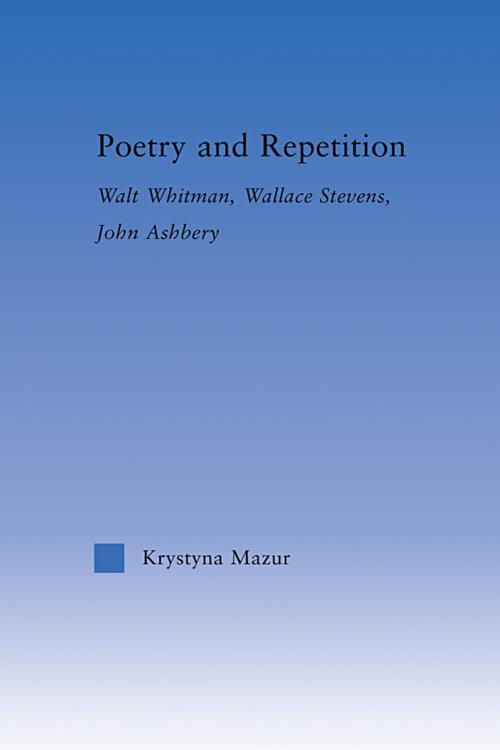 This book examines the function of repetition in the work of Walt Whitman, Wallace Stevens and John Ashbery. All three poets extensively employ and comment upon the effects of repetition, yet represent three distinct poetics, considerably removed from one another in stylistic and historical terms. At the same time, the three are engaged in a highly interesting relation to each other - a relation readers tend to explain in terms of repetition, by positing Whitman and Stevens as the two alternative 'beginnings' out of which Ashbery emerges. Krystyna Mazur analyses the work of the three poets to discern patterns that may operate across a relatively broad spectrum of examples, as well as to consider the variety of ways in which repetition can structure a poetic text.