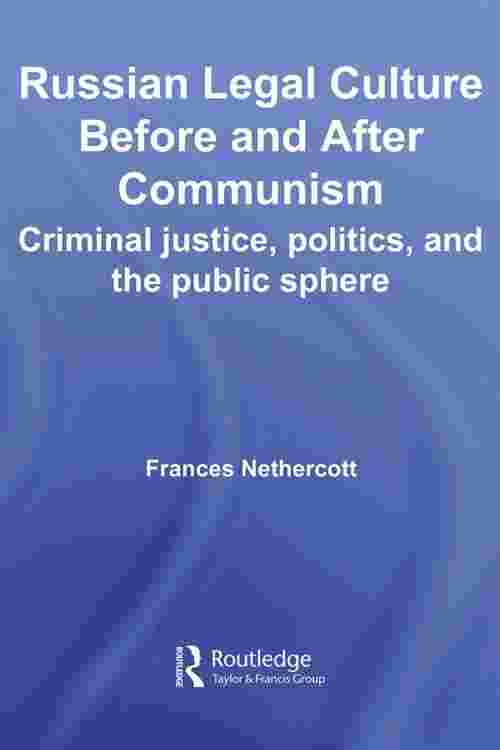 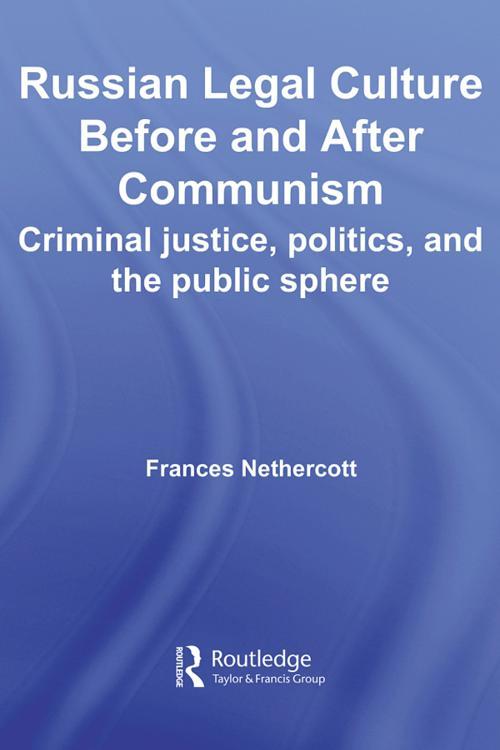 Following the emancipation of the serfs in 1861, and again during the Gorbachev and Yel'tsin eras, the issue of individual legal rights and freedoms occupied a central place in the reformist drive to modernize criminal justice. While in tsarist Russia the gains of legal scholars and activists in this regard were few, their example as liberal humanists remains important today in renewed efforts to promote juridical awareness and respect for law. A case in point is the role played by Vladimir Solov'ev. One of Russia's most celebrated moral philosophers, his defence of the 'right to a dignified existence' and his brilliant critique of the death penalty not only contributed to the development of a legal consciousness during his lifetime, but also inspired appeals for a more humane system of justice in post-Soviet debate. This book addresses the issues involved and their origins in late Imperial legal thought. More specifically, it examines competing theories of crime and the criminal, together with various prescriptions for punishment respecting personal inviolability. Charting endeavours of the juridical community to promote legal culture through reforms and education, the book also throws light on aspects of Russian politics, society and mentality in two turbulent periods of Russian history.