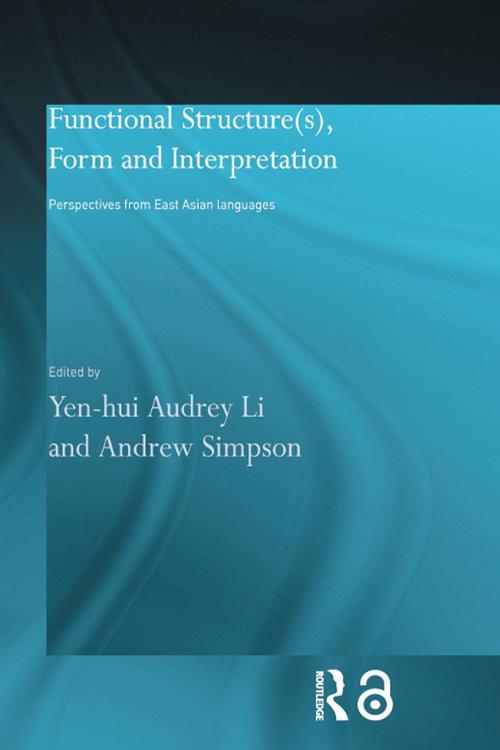 The issue of how interpretation results from the form and type of syntactic structures present in language is one which is central and hotly debated in both theoretical and descriptive linguistics.
This volume brings together a series of eleven new cutting-edge essays by leading experts in East Asian languages which shows how the study of formal structures and functional morphemes in Chinese, Japanese and Korean adds much to our general understanding of the close connections between form and interpretation. This specially commissioned collection will be of interest to linguists of all backgrounds working in the general area of syntax and language change, as well as those with a special interest in Chinese, Japanese and Korean.