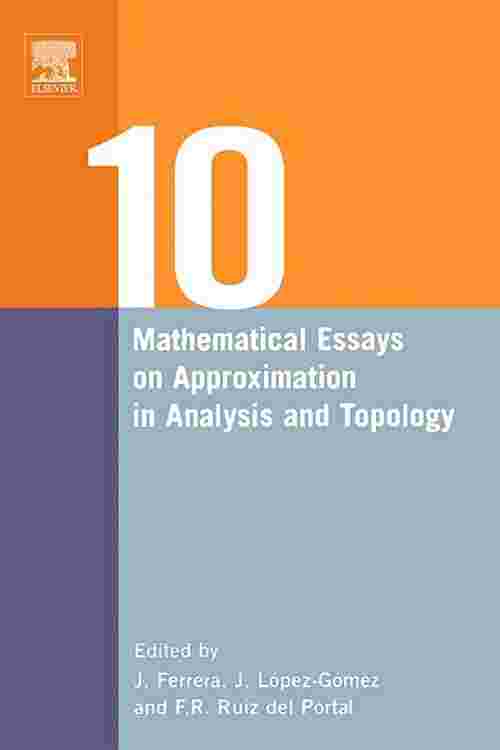 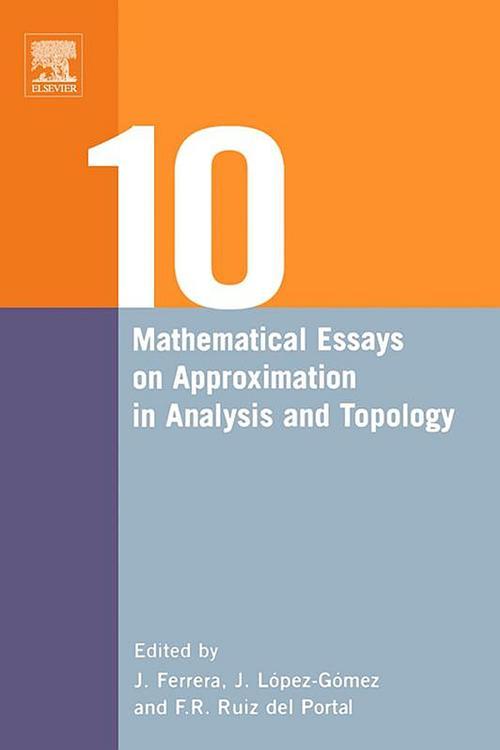 This book collects 10 mathematical essays on approximation in Analysis and Topology by some of the most influent mathematicians of the last third of the 20th Century. Besides the papers contain the very ultimate results in each of their respective fields, many of them also include a series of historical remarks about the state of mathematics at the time they found their most celebrated results, as well as some of their personal circumstances originating them, which makes particularly attractive the book for all scientist interested in these fields, from beginners to experts. These gem pieces of mathematical intra-history should delight to many forthcoming generations of mathematicians, who will enjoy some of the most fruitful mathematics of the last third of 20th century presented by their own authors.

This book covers a wide range of new mathematical results. Among them, the most advanced characterisations of very weak versions of the classical maximum principle, the very last results on global bifurcation theory, algebraic multiplicities, general dependencies of solutions of boundary value problems with respect to variations of the underlying domains, the deepest available results in rapid monotone schemes applied to the resolution of non-linear boundary value problems, the intra-history of the the genesis of the first general global continuation results in the context of periodic solutions of nonlinear periodic systems, as well as the genesis of the coincidence degree, some novel applications of the topological degree for ascertaining the stability of the periodic solutions of some classical families of periodic second order equations,
the resolution of a number of conjectures related to some very celebrated approximation problems in topology and inverse problems, as well as a number of applications to engineering, an extremely sharp discussion of the problem of approximating topological spaces by polyhedra using various techniques based on inverse systems, as well as homotopy expansions, and the Bishop-Phelps theorem.

- It contains a number of seminal contributions by some of the most world leading mathematicians of the second half of the 20th Century.

- The papers cover a complete range of topics, from the intra-history of the involved mathematics to the very last developments in Differential Equations, Inverse Problems, Analysis, Nonlinear Analysis and Topology.

- All contributed papers are self-contained works containing rather complete list of references on each of the subjects covered.

- The book contains some of the very last findings concerning the maximum principle, the theory of monotone schemes in nonlinear problems, the theory of algebraic multiplicities, global bifurcation theory, dynamics of periodic equations and systems, inverse problems and approximation in topology.

- The papers are extremely well written and directed to a wide audience, from beginners to experts. An excellent occasion to become engaged with some of the most fruitful mathematics developed during the last decades.