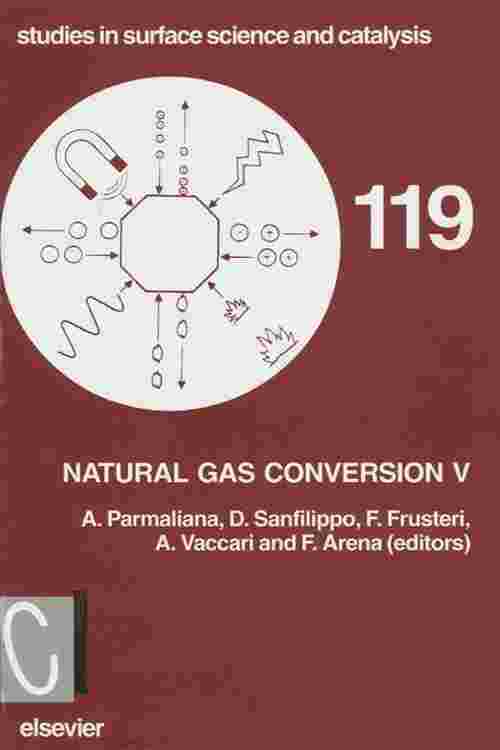 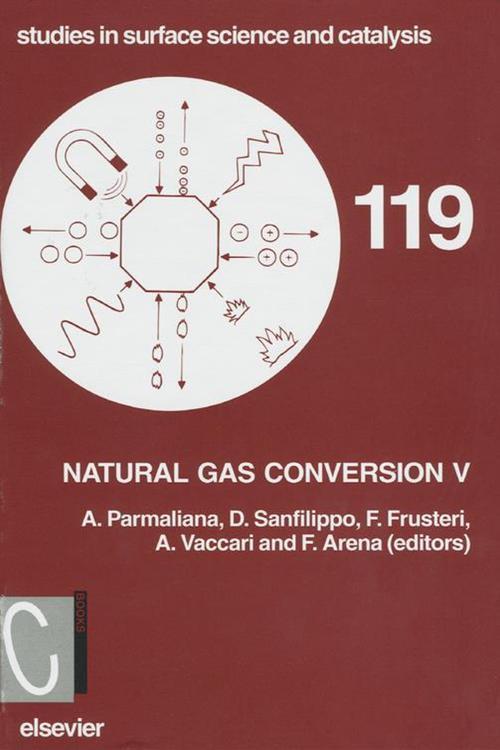 On January 1988, the ascertained and economically accessible reserves of Natural Gas (NG) amounted to over 144, 000 billion cubic meters worldwide, corresponding to 124 billion tons of oil equivalents (comparable with the liquid oil reserves, which are estimated to be 138 billion TOE). It is hypothesized that the volume of NG reserve will continue to grow at the same rate of the last decade. Forecasts on production indicate a potential increase from about 2, 000 billion cubic meters in 1990 to not more than 3, 300 billion cubic meters in 2010, even in a high economic development scenario. NG consumption represents only one half of oil: 1.9 billion TOE/y as compared to 3.5 of oil. Consequently, in the future gas will exceed oil as a carbon atom source. In the future the potential for getting energetic vectors or petrochemicals from NG will continue to grow.

The topics covered in Natural Gas Conversion V reflect the large global R&D effort to look for new and economic ways of NG exploitation. These range from the direct conversion of methane and light paraffins to the indirect conversion through synthesis gas to fuels and chemicals. Particularly underlined and visible are the technologies already commercially viable.

These proceedings prove that mature and technologically feasible processes for natural gas conversion are already available and that new and improved catalytic approaches are currently developing, the validity and feasibility of which will soon be documented. This is an exciting area of modern catalysis, which will certainly open novel and rewarding perspectives for the chemical, energy and petrochemical industries.