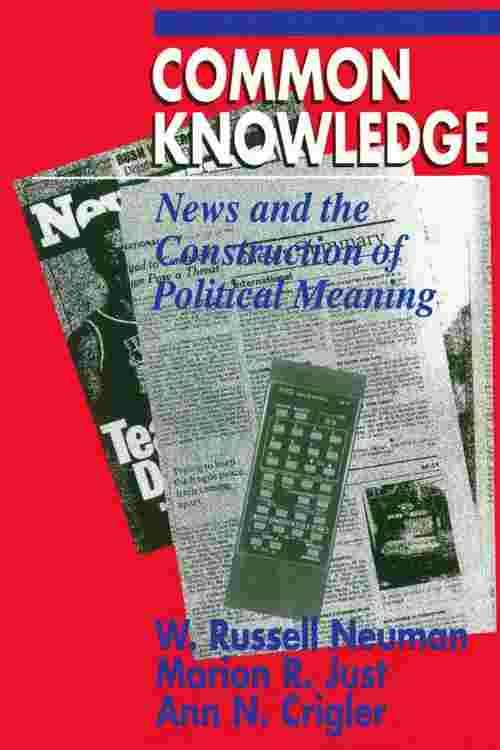 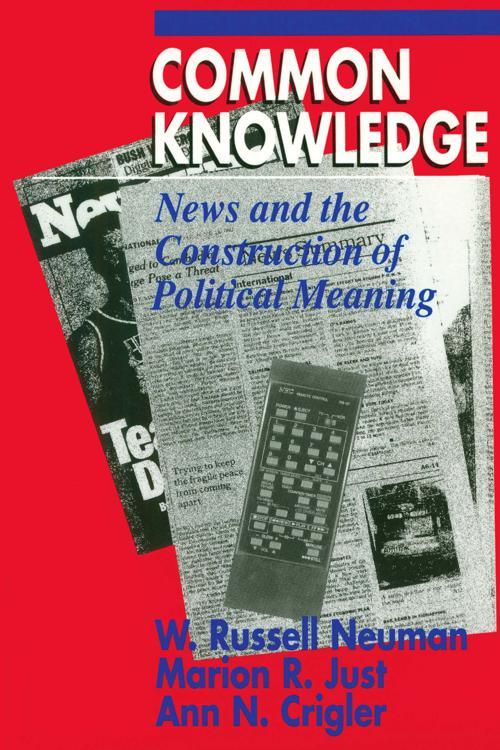 Photo opportunities, ten-second sound bites, talking heads and celebrity anchors: so the world is explained daily to millions of Americans. The result, according to the experts, is an ignorant public, helpless targets of a one-way flow of carefully filtered and orchestrated communication. Common Knowledge shatters this pervasive myth. Reporting on a ground-breaking study, the authors reveal that our shared knowledge and evolving political beliefs are determined largely by how we actively reinterpret the images, fragments, and signals we find in the mass media.For their study, the authors analyzed coverage of 150 television and newspaper stories on five prominent issues—drugs, AIDS, South African apartheid, the Strategic Defense Initiative, and the stock market crash of October 1987. They tested audience responses of more than 1,600 people, and conducted in-depth interviews with a select sample. What emerges is a surprisingly complex picture of people actively and critically interpreting the news, making sense of even the most abstract issues in terms of their own lives, and finding political meaning in a sophisticated interplay of message, medium, and firsthand experience.At every turn, Common Knowledge refutes conventional wisdom. It shows that television is far more effective at raising the saliency of issues and promoting learning than is generally assumed; it also undermines the assumed causal connection between newspaper reading and higher levels of political knowledge. Finally, this book gives a deeply responsible and thoroughly fascinating account of how the news is conveyed to us, and how we in turn convey it to others, making meaning of at once so much and so little. For anyone who makes the news—or tries to make anything of it— Common Knowledge promises uncommon wisdom.