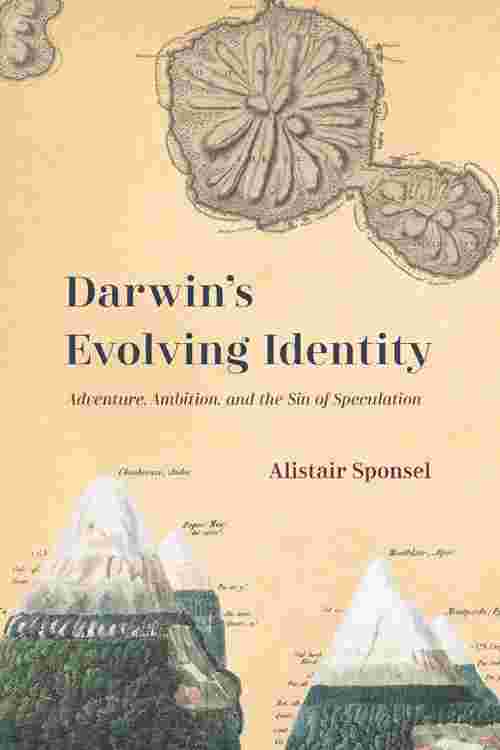 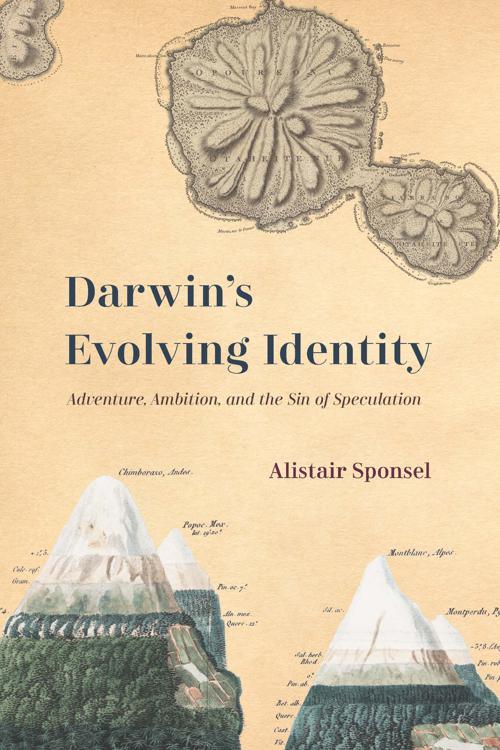 Why—against his mentor's exhortations to publish—did Charles Darwin take twenty years to reveal his theory of evolution by natural selection? In Darwin's Evolving Identity, Alistair Sponsel argues that Darwin adopted this cautious approach to atone for his provocative theorizing as a young author spurred by that mentor, the geologist Charles Lyell. While we might expect him to have been tormented by guilt about his private study of evolution, Darwin was most distressed by harsh reactions to his published work on coral reefs, volcanoes, and earthquakes, judging himself guilty of an authorial "sin of speculation." It was the battle to defend himself against charges of overzealous theorizing as a geologist, rather than the prospect of broader public outcry over evolution, which made Darwin such a cautious author of Origin of Species.
Drawing on his own ambitious research in Darwin's manuscripts and at the Beagle 's remotest ports of call, Sponsel takes us from the ocean to the Origin and beyond. He provides a vivid new picture of Darwin's career as a voyaging naturalist and metropolitan author, and in doing so makes a bold argument about how we should understand the history of scientific theories.