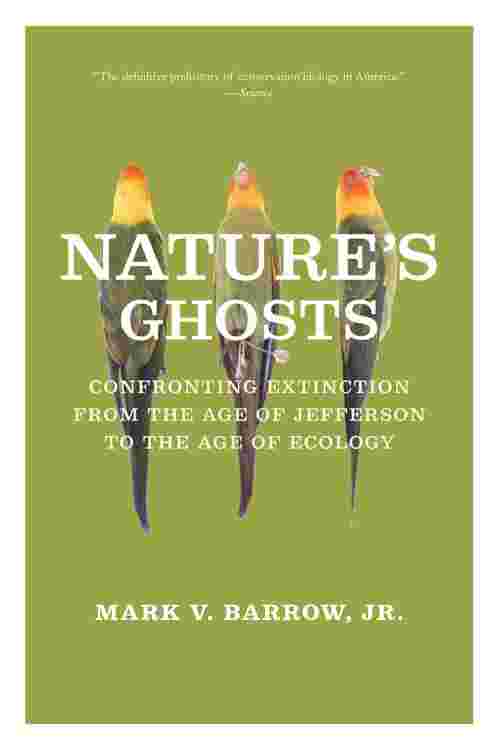 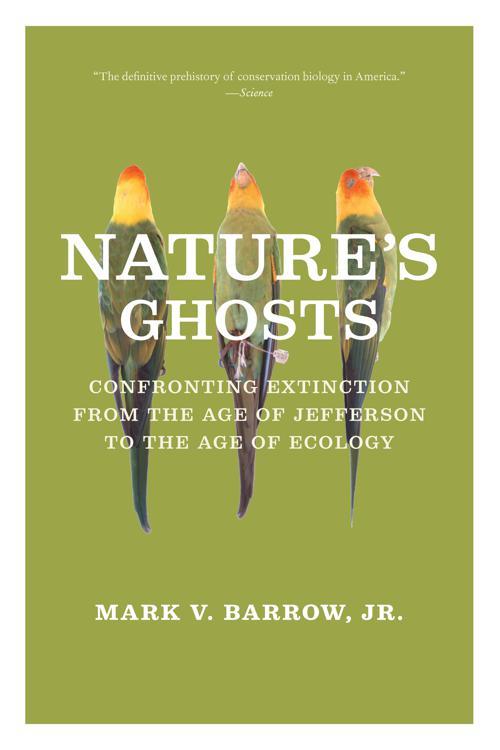 The rapid growth of the American environmental movement in recent decades obscures the fact that long before the first Earth Day and the passage of the Endangered Species Act, naturalists and concerned citizens recognized—and worried about—the problem of human-caused extinction.

As Mark V. Barrow reveals in Nature's Ghosts, the threat of species loss has haunted Americans since the early days of the republic. From Thomas Jefferson's day—when the fossil remains of such fantastic lost animals as the mastodon and the woolly mammoth were first reconstructed—through the pioneering conservation efforts of early naturalists like John James Audubon and John Muir, Barrow shows how Americans came to understand that it was not only possible for entire species to die out, but that humans themselves could be responsible for their extinction. With the destruction of the passenger pigeon and the precipitous decline of the bison, professional scientists and wildlife enthusiasts alike began to understand that even very common species were not safe from the juggernaut of modern, industrial society. That realization spawned public education and legislative campaigns that laid the foundation for the modern environmental movement and the preservation of such iconic creatures as the bald eagle, the California condor, and the whooping crane.

A sweeping, beautifully illustrated historical narrative that unites the fascinating stories of endangered animals and the dedicated individuals who have studied and struggled to protect them, Nature's Ghosts offers an unprecedented view of what we've lost—and a stark reminder of the hard work of preservation still ahead.