📖[PDF] The Unconstitutionality of Slavery by Lysander Spooner | Perlego 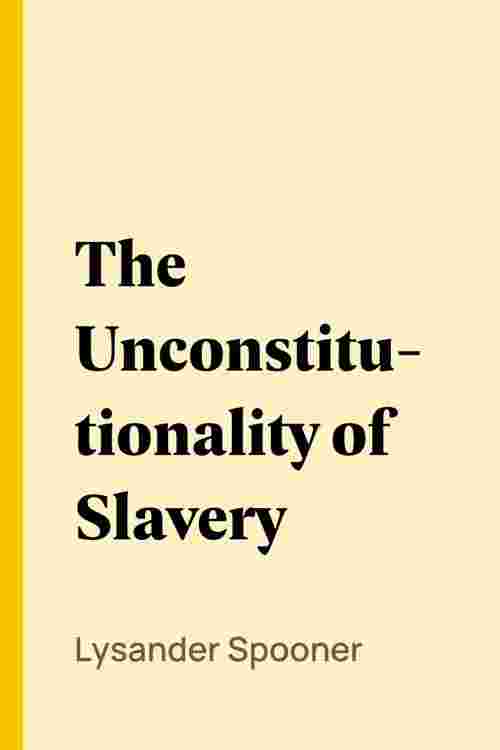 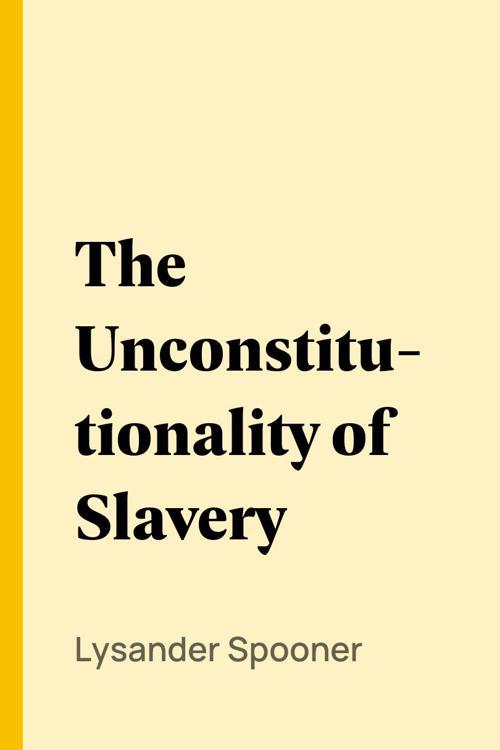 Madison & Adams presents this meticulously edited collection of Lysander Spooner's political, economics, legal and constitutional works, as well as writings on religion and works on slavery and abolition. Contents: Political Works No Treason, No. I No Treason. No II - The Constitution No Treason. No VI - The Constitution of No Authority Vices are Not Crimes: A Vindication of Moral Liberty No. 1. Revolution Natural Law; or the Science of Justice A Letter to Thomas F. Bayard A Letter to Grover Cleveland Writings on Economics: Poverty: Its Illegal Causes and Legal Cure A New System of Paper Currency Our Mechanical Industry as Affected by our Present Currency System Considerations for Bankers, and Holders of United States Bonds A New Banking System: The Needful Capital for Rebuilding the Burnt District Our Financiers: Their Ignorance, Usurpations, and Frauds The Law of Prices Gold and Silver as Standards of Value: The Flagrant Cheat in Regard to Them Universal Wealth Shown to be Easily Attainable Law & Constitution: "To the Members of the Legislature of Massachusetts." Worcester Republican Supreme Court of United States, January Term, 1839. Spooner vs. M'Connell, et al. Constitutional Law Relative to Credit, Currency, and Banking The Unconstitutionality of the Laws of Congress, Prohibiting Private Mails Illegality of the Trial of John W. Webster An Essay on the Trial by Jury The Law of Intellectual Property Articles of Association of the Spooner Copyright Company for Massachusetts A Letter to Scientist and Inventors, on the Science of Justice, and their Right of Perpetual Property in their Discoveries and Inventions Works on Religion: The Deist's Immortality, and an Essay on Man's Accountability for his Belief The Deist's Reply to the Alleged Supernatural Evidences of Christianity Works on Slavery and Abolition: A Defence for Fugitive Slaves A Plan for the Abolition of Slavery Address of the Free Constitutionalists to the People of the United States The Unconstitutionality of Slavery