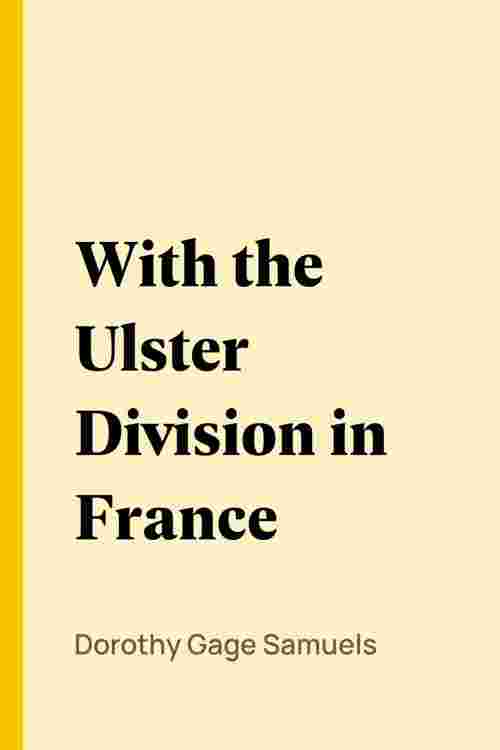 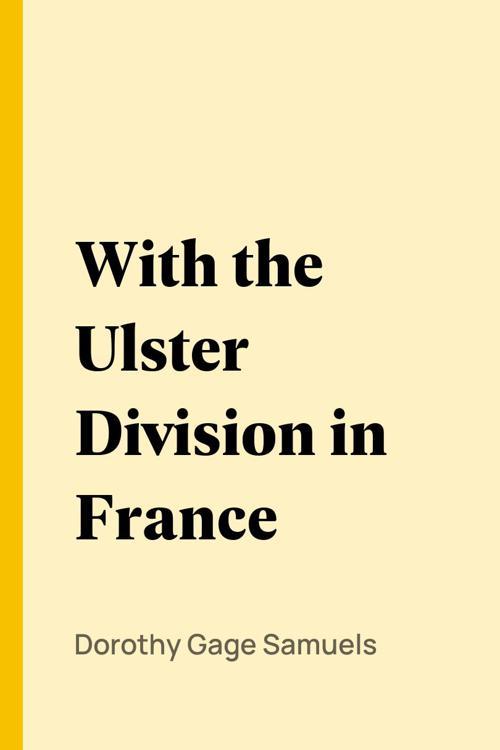 The appearance of this little book needs a word of explanation. While at the front with the Ulster Division, the late Captain A. P. I. Samuels, had kept a very complete record of events, and collected all the material available, with the object of being in a position, some day, to publish an account of the doings of the Division, and particularly of his own Battalion, the 11th Royal Irish Rifles (South Antrim Volunteers.) It has been willed, however, that he should not be spared to carry out his intention. Like so many of his gallant comrades he gave his life for his country, being killed in action on September 24th, 1916. His name is now on UlsterÕs Roll of Honour, among those whose death has brought unspeakable grief to thousands of our homes, and yet has filled the hearts of Ulstermen and women with pride, and bequeathed such renown to our Province as will last while it endures. His papers, and the materials he had gathered have naturally come into my hands, and I have endeavoured, though in a very small and inadequate manner, to carry out the purpose for which they were collected.

This little book does not profess to be in any way a history of the Ulster Division, nor even of the 11th Batt. Royal Irish Rifles. Being compiled from the diary of Captain Samuels, supplemented by the records he was able to obtain, its scope is necessarily limited, and the story closes with the historic advance of the Ulster Division on the Somme at Thiepval on 1st July, 1916. In some respects this necessary limitation is a fitting one. To many in Ulster this great event marks in reality the passing of the glorious Division recruited during the first six months of the war, trained by Battalions in various camps in Ireland, and finally, asÊa Complete Division, at Seaford and Borden, before being sent to France. True, those permitted to survive that awful shock of July 1st, and those drafts in reserve at home remained to carry the fame of Ulster to Messines Ridge and Cambrai, but the Division was never again quite the same as before that memorable day. At that time it was unique. All its members were identified with the Northern Province. Each Battalion was recruited from some particular part, and even small districts and villages were represented separately in the Companies and Platoons. It was inevitable that after the Somme battle distinctive units should become merged, and that as the war progressed officers and men should find their way to the 36th Division who were not strictly representative of Ulster.