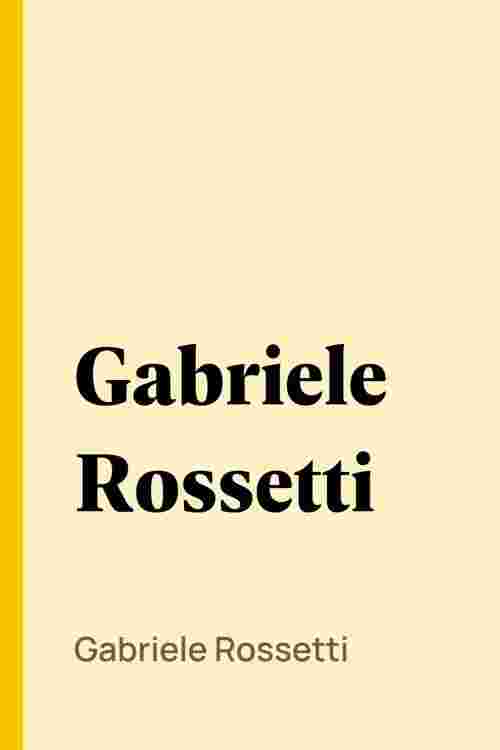 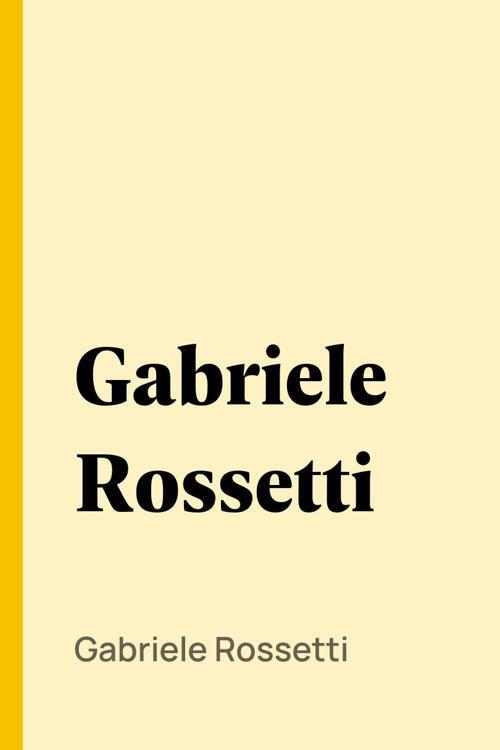 As the career of Gabriele Rossetti was much mixed up with political and dynastic events in the Kingdom of Naples (or of the Two Sicilies), it may be as well at starting to give a very brief résumé of historical facts.

In the year 1734 the Kingdom of Naples, in the resettlement of Europe consequent upon the Treaty of Utrecht, was under the dominion of the Empire, or, as we should now word it, of Austria; but in that year an almost bloodless conquest brought-in a different dynasty. Charles, Duke of Parma, a son of the Bourbon King of Spain, Philip V., by his second wife Elizabeth Farnese, a spirited youth only seventeen years of age, determined to assert his ancestral claims upon the kingdom, and in a trice he was firmly seated upon the Neapolitan throne. His government, though in a sense despotic, was popular and enlightened. In 1759 he became by succession King of Spain; and, under the obligation of existing treaties, he relinquished the Kingdom of Naples to his third son, Ferdinand, aged only eight. In 1768 Ferdinand married Maria Caroline, daughter of the Emperor Francis and of Maria Theresa, and sister of Marie Antoinette.

Ferdinand IV., as he was then termed (afterwards Ferdinand I.) was a man of no great ability, but of vigorous physique, and sufficiently well-disposed as a sovereign; his wife, strong-minded and domineering, was the more active governor of the two, and promoted various innovations, some of which fairly counted as reforms. Things went on well enough for the rulers and the subjects until the outbreak of the French Revolution in 1789, when Neapolitan opposition to France and all things French became pronounced. Queen Caroline naturally did not relish the decapitation of her sister in 1793, and hostilities against the Republic ensued. In 1798 the king decamped to Sicily, and in the following year his continental dominions became the "Parthenopean Republic." This was of short duration, January to June 1799. The Southern provinces rose in arms, under the leadership of Cardinal Ruffo; the French army departed, and Ferdinand was re-installed in Naples—Lord Nelson, victorious from the Battle of the Nile, playing a large part, and a much-debated one, in this transaction. Ferdinand now ruled with great rigour, and committed some barbaric acts of repression and retaliation, for which his consort was regarded as gravely responsible. The great Napoleon, Consul, Emperor, and King of Italy, was not likely to tolerate for long the anti-French severities, demonstrations, and intrigues, of "il Rè Nasone," as Ferdinand was nicknamed in virtue of his portentously long and prominent nose. Early in 1806 Ferdinand and Caroline disappeared once more into Sicily, under British protection, and Joseph Bonaparte was enthroned in Naples. Joseph, in 1808, was transferred to the Spanish kingdom; and Joachim Murat, brother-in-law of Napoleon and of Joseph by his marriage with their sister Caroline, reigned in Naples in his stead. Ferdinand, with the other Caroline, remained meanwhile unattackable in Sicily, and was turned into a constitutional king there by British predominance. In 1815, on the final collapse of the Napoleonic régime, and very shortly after the death of his Queen, he returned to Naples.