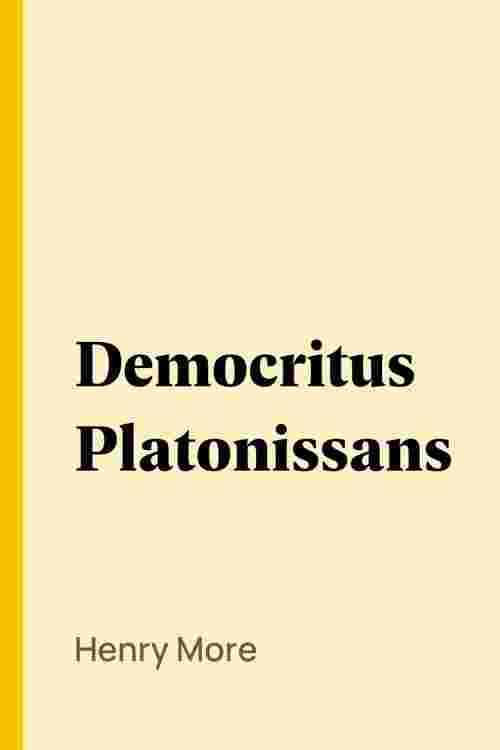 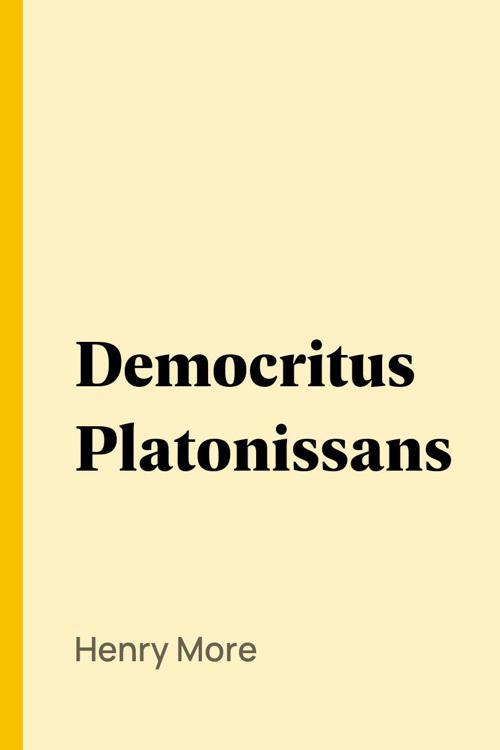 Henry More (12 October 1614 - 1 September 1687) was an English philosopher of the Cambridge Platonist school. He was a prolific writer of verse and prose. The Divine Dialogues (1688), a treatise which condenses his general view of philosophy and religion. Like many others he began as a poet and ended as a prose writer. His first work, published in 1642, but written two years earlier, was entitled Psychodoia Platonica: or, a Platonicall Song of the Soul, consisting of foure severall Poems. This was followed in 1647 by his full collection of Philosophicall Poems, which includes The Song of the Soul, ' much enlarged, and is dedicated ' to his dear father.' A second edition was published in the same year, and it was included by A. B. Grosart in his Chertsey Worthies Library (1878)."