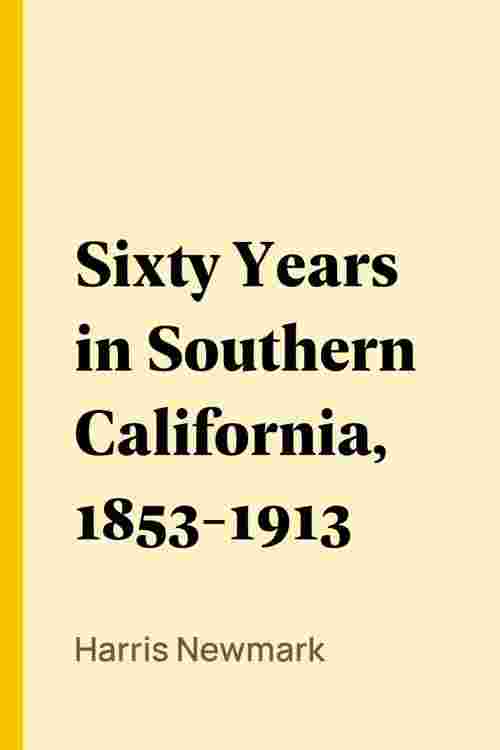 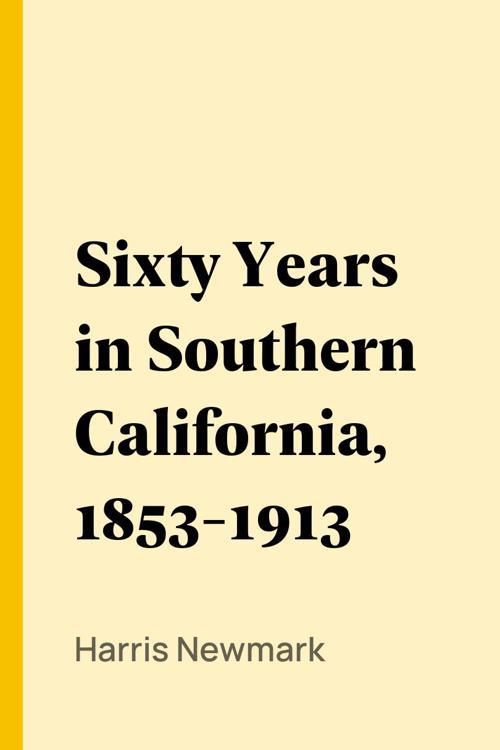 Harris Newmark (1834-1916), son of a modest Prussian Jewish merchant, sailed to America in 1853 to join his older brother in Los Angeles. He made a fortune in real estate, the wholesale grocery business, and hides and wools, becoming a leader in the local Jewish community and the city at large. Sixty years in Southern California (1916) begins with his description of Los Angeles as he found it; judges and lawyers, merchants and shops, churches and other landmarks. In the chapters that follow, Newmark organizes his materials chronologically and outlines his various mercantile partnerships and traces changing patterns of social life in Los Angeles, political factions, railroad construction in southern California, crime and vigilantism, the Chinese Massacre of 1871, and real estate speculations. In a more personal vein, he chronicles Jewish family life and philanthropy.