📖[PDF] Merkland; or, Self Sacrifice by Mrs. (Margaret) Oliphant | Perlego 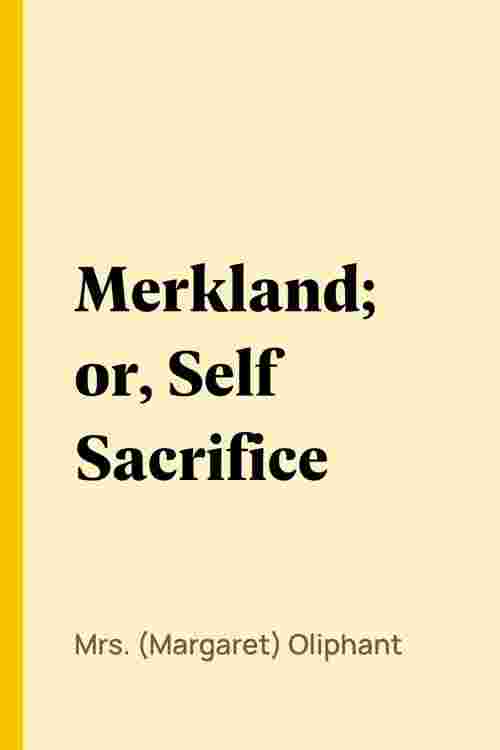 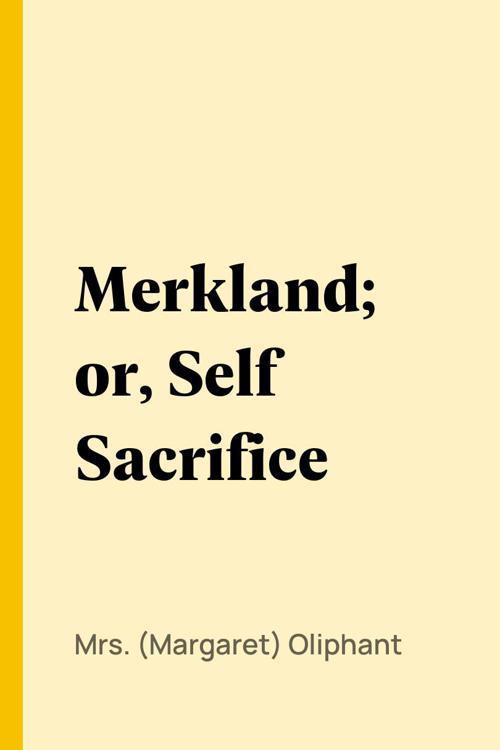 The house and small estate of Merkland were situated in one of the northern counties of Scotland, within some three or four miles of a little post-town which bore the dignified name of Portoran. The Oran water swept by the side of its small port, just before it joined its jocund dark-brown waters to the sea, and various coasting vessels carried its name and its traffic out (a little way) into the world. The parish in which Merkland stood, boasted at least its three Lairds' houses—there was Strathoran, the lordliest of all, with its wide acres extending over three or four adjacent parishes. There was the Tower, with its compact and richly-cultivated lands, the well-ordered property of Mrs. Catherine Douglas; and, lastly, there was Merkland—the home of a race of vigorous Rosses, renowned in former generations for its hosts of sons and daughters, and connected by the spreading of those strong and healthful off-shoots, with half of the families of like degree in Scotland. The children of the last Ross of Merkland had not been vigorous—one by one, in childhood, and in youth, they had dropped into the family grave, and when the infant Anne was born, her worn-out mother died, leaving besides the newborn child, only one son. His mother's brother long before had made this Norman, his heir. At the same time, in consideration of his independent inheritance, and his changed name, he had been excluded from the succession to his father's lands. So Mr. Ross of Merkland, in terror lest his estate should have no worthier proprietor than the sickly little girl whose birth had cost her mother's life, married hastily again. When Lewis and Anne were still only infants, Norman Rutherford left his father's house to take possession of his own—and then some terrible blight had fallen upon him, spoken of in fearful whispers at the time, but almost wholly forgotten now. A stranger in the district at the time our history begins would only have learned, after much inquiry, that Norman, escaping from his native country with the stain of blood upon his hands, proved a second Jonah to the ship in which he had embarked, and so was lost, and that grief for his crime had brought his father's grey hairs in sorrow to the grave. But the difference of name, and the entire silence maintained by his family concerning him, had puzzled country gossips, and restrained the voice of rumor, even at the time. Now his remembrance had almost entirely passed away, and in another week Lewis Ross, Esq., of Merkland, would be of age.

But the whole dreadful tale in all the darkness of its misery had been poured into Anne's ears that day. She had known nothing of it before. Now, her stepmother thought, it was full time she should know, because—a reason that made Anne shrink and tremble—Mrs. Ross felt convinced that the girl who was so soon to be a visitor at the Tower, could be no other than the daughter of the murdered man.