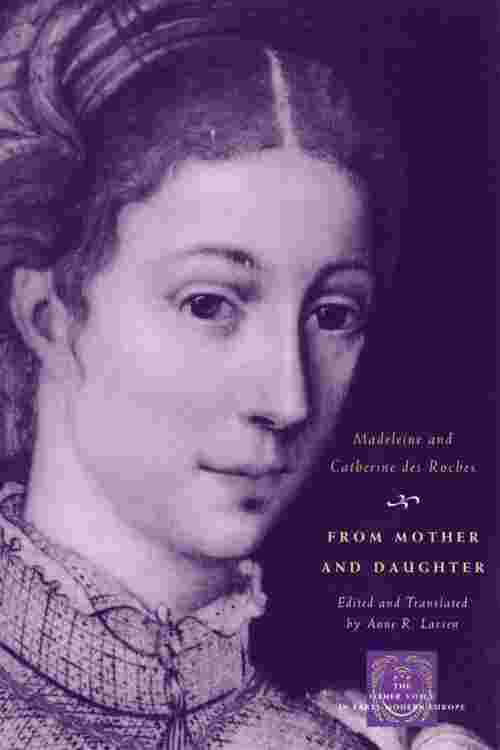 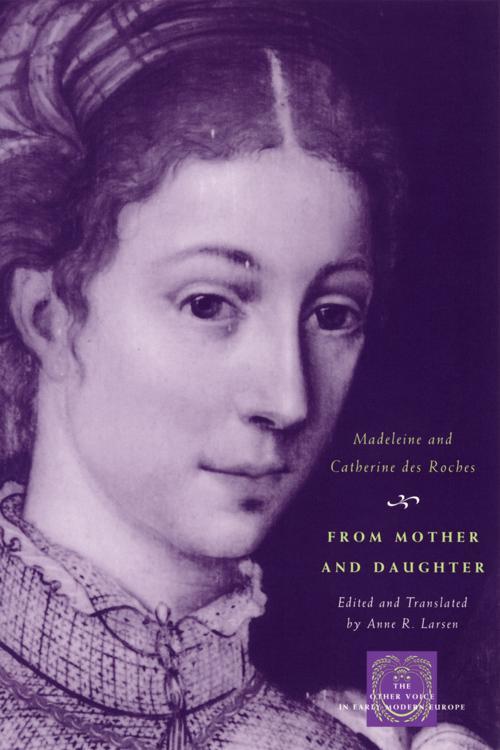 From Mother and Daughter

From Mother and Daughter

Among the best-known and most prolific French women writers of the sixteenth century, Madeleine (1520–87) and Catherine (1542–87) des Roches were celebrated not only for their uncommonly strong mother-daughter bond but also for their bold assertion of poetic authority for women in the realm of belles lettres. The Dames des Roches excelled in a variety of genres, including poetry, Latin and Italian translations, correspondence, prose dialogues, pastoral drama, and tragicomedy; collected in From Mother and Daughter are selections from their celebrated oeuvre, suffused with an engaging and enduring feminist consciousness.Madeleine and Catherine spent their entire lives in civil war–torn Poitiers, where a siege of the city, vandalism, and desecration of churches fueled their political and religious commentary. Members of an elite literary circle that would inspire salon culture during the next century, the Dames des Roches addressed the issues of the day, including the ravages of religious civil wars, the weak monarchy, education for women, marriage and the family, violence against women, and the status of women intellectuals. Through their collaborative engagement in shared public discourse, both mother and daughter were models of moral, political, and literary agency.