[PDF] From Charpy to Present Impact Testing by D. Francois, A. Pineau | Perlego 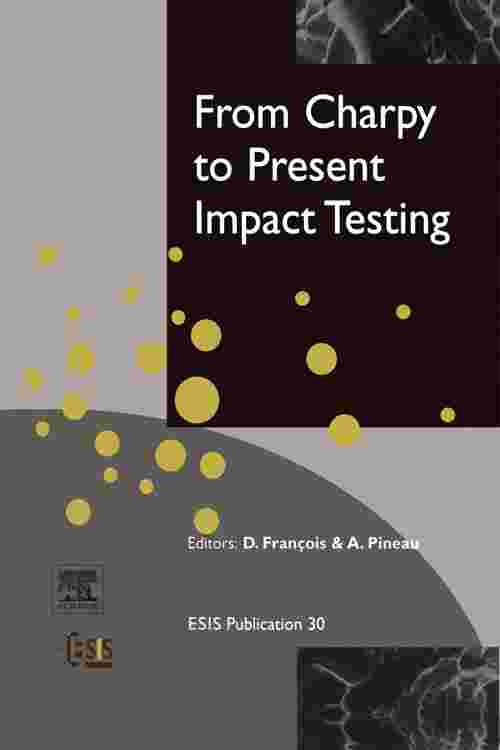 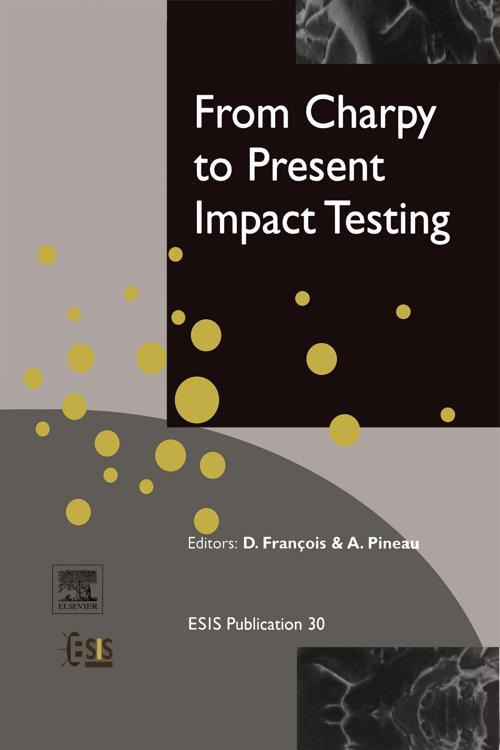 From Charpy to Present Impact Testing

From Charpy to Present Impact Testing

From Charpy to Present Impact Testing contains 52 peer-reviewed papers selected from those presented at the Charpy Centenary Conference held in Poitiers, France, 2-5 October 2001.

The name of Charpy remains associated with impact testing on notched specimens. At a time when many steam engines exploded, engineers were preoccupied with studying the resistance of steels to impact loading.

The Charpy test has provided invaluable indications on the impact properties of materials. It revealed the brittle ductile transition of ferritic steels.

The Charpy test is able to provide more quantitative results by instrumenting the striker, which allows the evolution of the applied load during the impact to be determined. The Charpy test is of great importance to evaluate the embrittlement of steels by irradiation in nuclear reactors. Progress in computer programming has allowed for a computer model of the test to be developed; a difficult task in view of its dynamic, three dimensional, adiabatic nature. Together with precise observations of the processes of fracture, this opens the possibility of transferring quantitatively the results of Charpy tests to real components. This test has also been extended to materials other than steels, and is also frequently used to test polymeric materials.

Thus the Charpy test is a tool of great importance and is still at the root of a number of investigations; this is the reason why it was felt that the centenary of the Charpy test had to be celebrated. The Société Française de Métallurgie et de Matériaux decided to organise an international conference which was put under the auspices of the European Society for the Integrity of Structures (ESIS).

This Charpy Centenary Conference (CCC 2001) was held in Poitiers, at Futuroscope in October 2001. More than 150 participants from 17 countries took part in the discussions and about one hundred presentations were given. An exhibition of equipment showed, not only present day testing machines, but also one of the first Charpy pendulums, brought all the way from Imperial College in London.

From Charpy to Present Impact Testing puts together a number of significant contributions. They are classified into 6 headings: