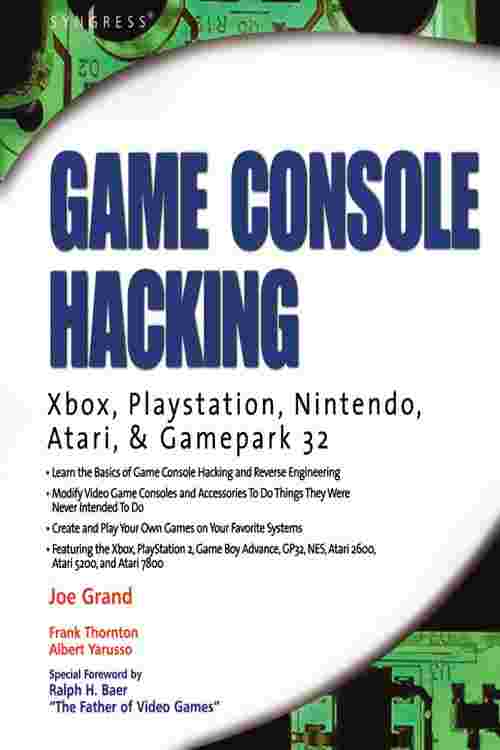 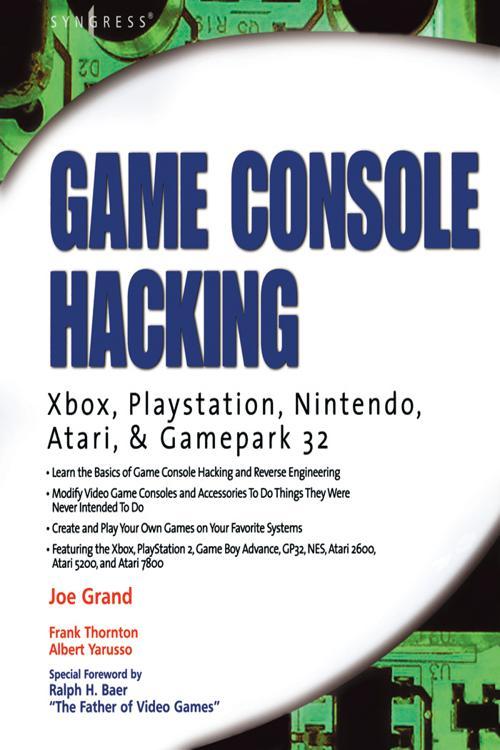 The worldwide video game console market surpassed $10 billion in 2003. Current sales of new consoles is consolidated around 3 major companies and their proprietary platforms: Nintendo, Sony and Microsoft. In addition, there is an enormous installed "retro gaming" base of Ataria and Sega console enthusiasts. This book, written by a team led by Joe Grand, author of "Hardware Hacking: Have Fun While Voiding Your Warranty", provides hard-core gamers with they keys to the kingdom: specific instructions on how to crack into their console and make it do things it was never designed to do.

By definition, video console game players like to have fun. Most of them are addicted to the adrenaline rush associated with "winning", and even more so when the "winning" involves beating the system by discovering the multitude of "cheats" built into most video games. Now, they can have the ultimate adrenaline rush---actually messing around with the soul of the machine and configuring it to behave exactly as the command. This book builds on the motto of "Have Fun While Voiding Your Warranty" and will appeal to the community of hardware geeks who associate unscrewing the back of their video console with para-jumping into the perfect storm.