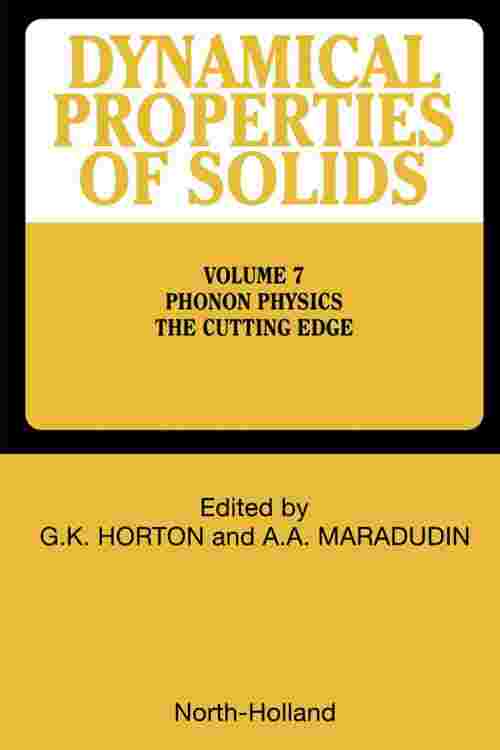 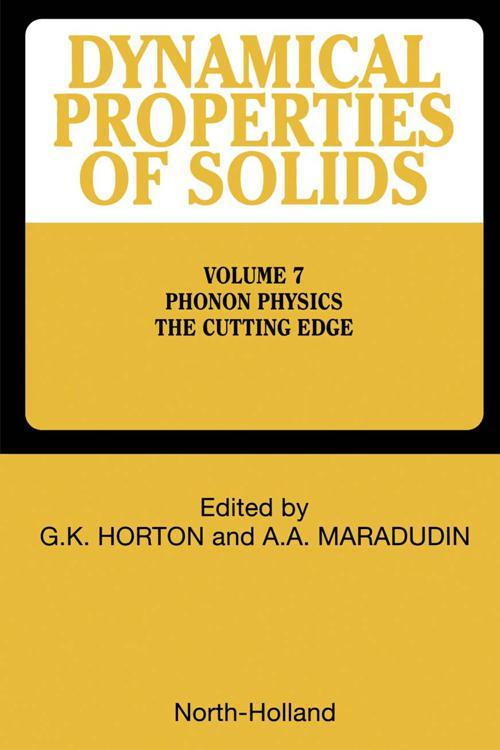 The first two volumes in this series published twenty years ago contained chapters devoted to anharmonic properties of solids, ab initio calculations of phonons in metals and insulators, and surface phonons. In the intervening years each of these important areas of lattice dynamics has undergone significant developments. This volume is therefore concerned with reviewing the current status of these areas.

Chapter one deals with the path-integral quantum Monte-Carlo method as a numerical simulation approach and looks at how this has been applied successfully to the determination of low temperature thermodynamic properties of anharmonic crystals and to certain dynamical properties as well. Chapter two is concerned with the calculation of static and dynamic properties of anharmonic crystals in the quantum regime. Chapter three discusses intrinsic anharmonic localized modes that have been intensively studied recently. Two topics, ab initio calculations of phonons in metals, and surface phonons are dealt with in the next chapter. The remaining two chapters are devoted to topics that have not been treated in previous volumes. One is phonon transport and the second is phonons in disordered crystals.

The work described in the six chapters of this volume testifies to the continuing vitality of the field of dynamical properties of solids nearly a century after its founding.