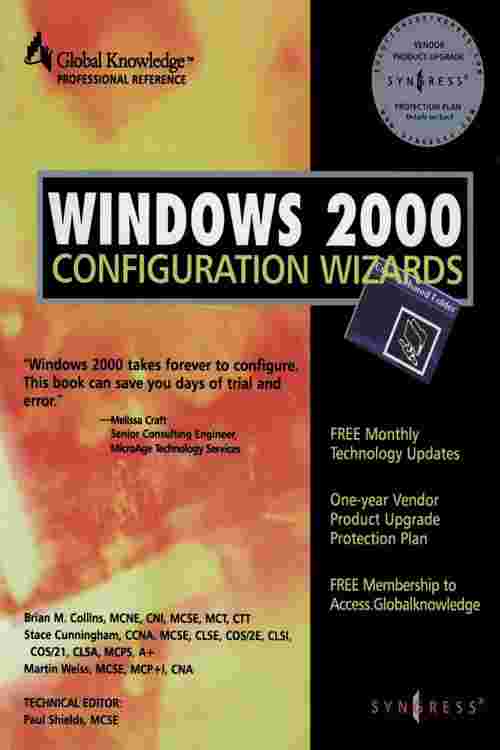 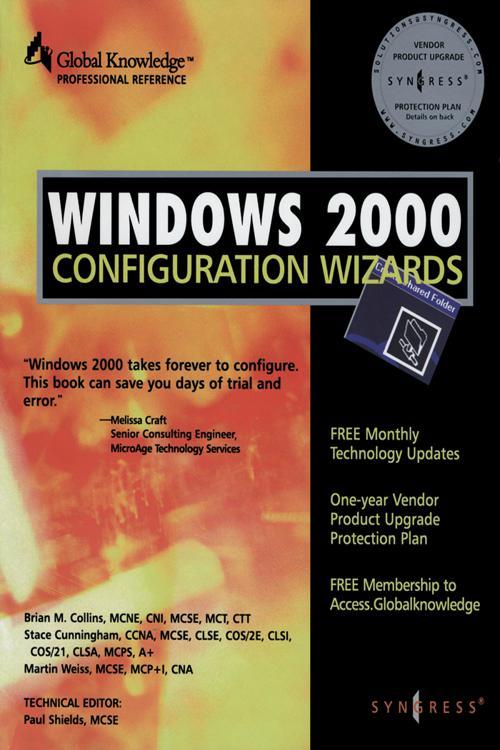 Developers are used to working with Wizards, component-like products that allow them to create certain elements - like dialog buttons - quickly and easily while they are coding applications. With the launch of Windows 2000, Microsoft has announced a new set of Wizards that will help administrators and users configure and set up Windows 2000 Professional (the Windows NT 4 Workstation successor) and Windows 2000 Server (the Windows NT 4 Server successor). Windows 2000 Setup and Configuration Wizards covers all the available Wizards, with an emphasis on those new to Windows 2000. Each Wizard is broken down by dialog box, with explanations of all options and required elements so administrators will know what to be prepared with.In addition, coverage of new services that will speed configuration and set up (like the Windows Installer) will be covered. * This is the first book to focus on Wizards and Windows 2000 automated components
* Network administrators and developers will save time using this book