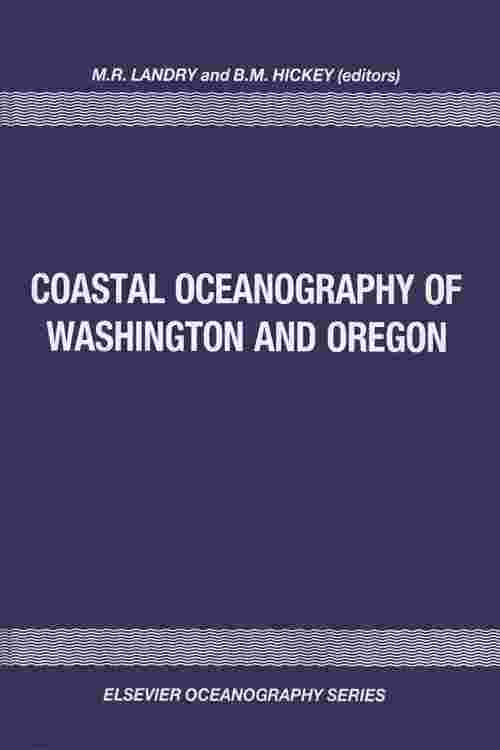 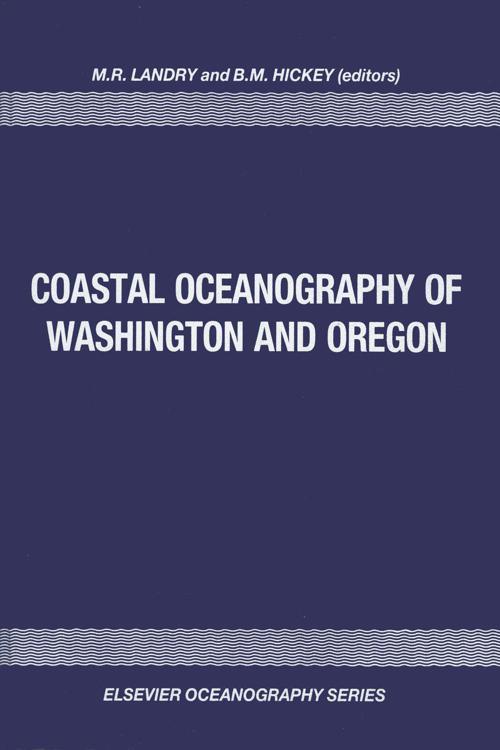 Coastal Oceanography of Washington and Oregon

Coastal Oceanography of Washington and Oregon

The Washington-Oregon coastal zone is a classical Eastern Boundary Current region. The area is extremely productive, the productivity dependent on near-shore infusions of nutrients into surface layers during wind-driven coastal upwelling. The Washington-Oregon coastline is much more regular than areas off California or off the East Coast, where large capes lend complexity to both the physical environment and the ecosystem response. The relatively straight coastline and broad, deep shelf greatly simplify the physical environment, so that processes responsible for much of the variance are more easily identified. The system response from mid-Oregon northward, although not strictly two-dimensional, is more so than many other coastal areas. Consequently, the system is amenable to the testing of relatively simple models integrating wind forcing with physical, chemical and biological responses in the upper water column.This book is an integrated synthesis of physical, chemical, geological and biological research in a dynamic shelf ecosystem characterized by seasonal, wind-driven upwelling, major river influences, extensive silt deposits, productive pelagic and demersal fisheries, and unique surf-zone communities. The broad scope of the book includes: detailed analyses of physical circulation and sediment transport; production and utilization of organic matter in the marine food web; river influences on regional hydrology and sediment deposition; inputs and inventories of anthropogenic chemicals in the water column and sedimentary deposits. Much of the book is based on primary analyses of previously unpublished data sets. Interdisciplinary approaches are emphasized in models and discussions of coastal upwelling dynamics, hydrographic patterns and anomalies, benthic boundary-layer processes and larval transport, oceanographic influences on commercial stocks, mechanics of chemical cycling and accumulation, and surf-zone production. An extensive index and references complete the book.The book is intended both to document and explain specific regional features of the Washington/Oregon shelf system and, more generally, to illustrate the complexities of interactive influences on the dynamics of coastal ecosystems. Oceanographers, both researchers and students, will be very interested in this book, and it can also be used by governmental agencies and industries dealing with coastal zone management and planning.