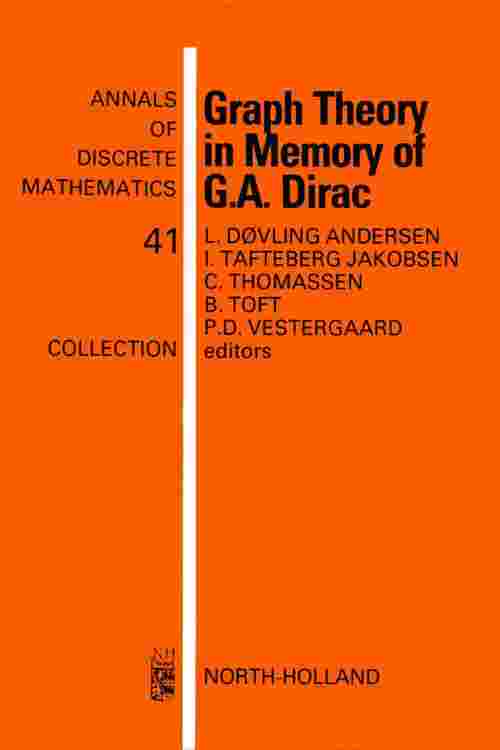 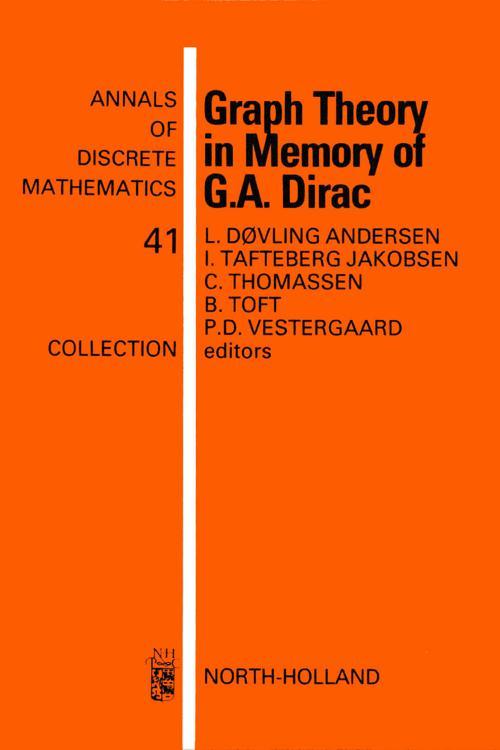 This volume is a tribute to the life and mathematical work of G.A. Dirac (1925-1984). One of the leading graph theorists, he developed methods of great originality and made many fundamental discoveries.The forty-two papers are all concerned with (or related to) Dirac's main lines of research. A number of mathematicians pay tribute to his memory by presenting new results in different areas of graph theory. Among the topics included are paths and cycles, hamiltonian graphs, vertex colouring and critical graphs, graphs and surfaces, edge-colouring, and infinite graphs.Some of the papers were originally presented at a meeting held in Denmark in 1985. Attendance being by invitation only, some 55 mathematicians from 14 countries participated in various lectures and discussions on graph theory related to the work of Dirac. This volume contains contributions from others as well, so should not be regarded only as the proceedings of that meeting. A problems section is included, as well as a listing of Dirac's own publications.